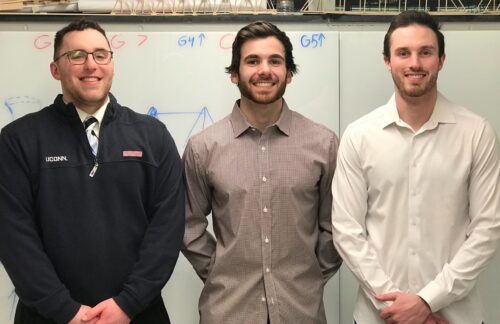 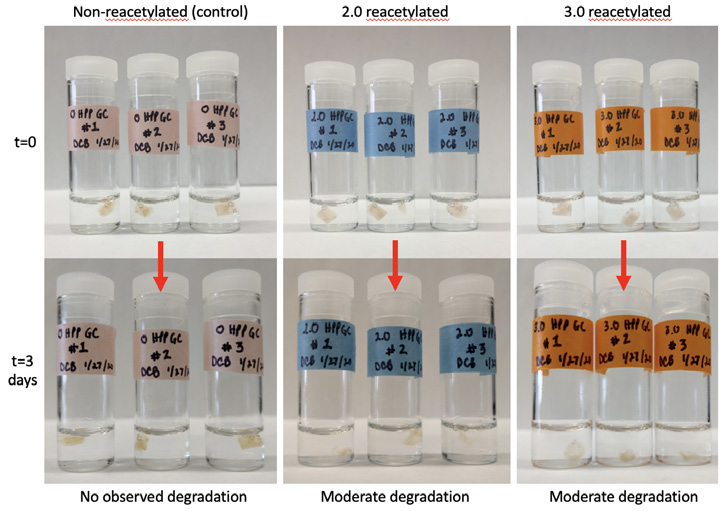 The goal of this project was to create an HPP-modified reacetylated glycol chitosan-based degradable hydrogel for localized drug delivery. This device allows the administration of drugs/molecules to specific sights in the body at a controlled rate through a degradation-mediated release. The HPP-modified reacetylated glycol chitosan-based hydrogel (HPP-GC) will be loaded with a payload during the cross-linking process, which is achieved using horseradish peroxidase (HRP) and hydrogen peroxide solutions. The HPP-GC is degradable by lysozyme, which is naturally occuring in the body. The degradation of the hydrogel is easily modified by its degree of reacetylation and the concentration of lysozyme coadministered with it. The payload can differ depending on the application at hand. The payload will be primarily released as the hydrogel degrades. The hydrogel will be completely degraded inside the body via lysozyme within a 2 week period. The hydrogel will be biocompatible and should have no adverse effects on the surrounding tissues. Thus far, a hydrogel has been designed that degrades within five days. A formal degradation study will be conducted to adjust this degradation rate. Furthermore, a drug release study will be conducted to observe the release of Curcumin from the hydrogel.