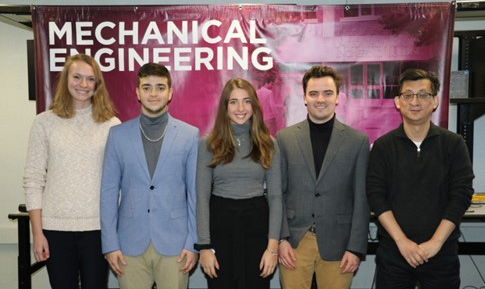 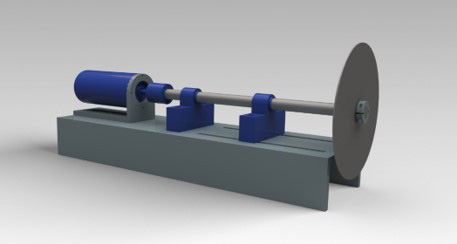 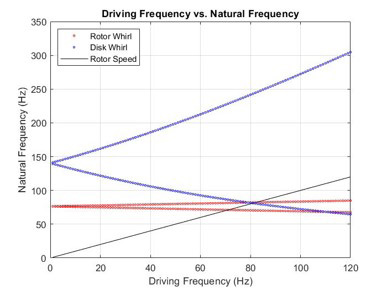 Critical speeds are an operating condition in which the spin speed of a rotor equates to its natural frequency. At this condition, synchronous excitations such as imbalance can cause resonance, which in turn reduces the lifetime of the system. Due to this, rotating systems such as jet engines are designed to either (a) avoid operating near the critical speeds, or (b) mitigate the response. Accurately predicting system critical speeds is paramount to avoiding their detrimental effects. Traditionally, critical speeds are predicted in an uncoupled manner. The rotor dynamics are analyzed assuming that the disk is rigid and the disk dynamics are analyzed assuming that the shaft is rigid. However, introducing lighter materials, more flexible rotors, and higher operating speeds raises a new concern that the modes of the disk and shaft may interact. This interaction can invalidate traditional assumptions regarding disk-rotor coupling. The purpose of this project is to demonstrate shaft-to-disk coupling on the overall system critical speeds. It is hypothesized that coincidence between the disk and rotor natural frequencies changes the critical speeds and their predictions. This relevant coupling regime is delineated by constructing and analyzing an overhung rotor rig. The rig tunes different coincidences into or out of the regime by adjusting the bearing location.