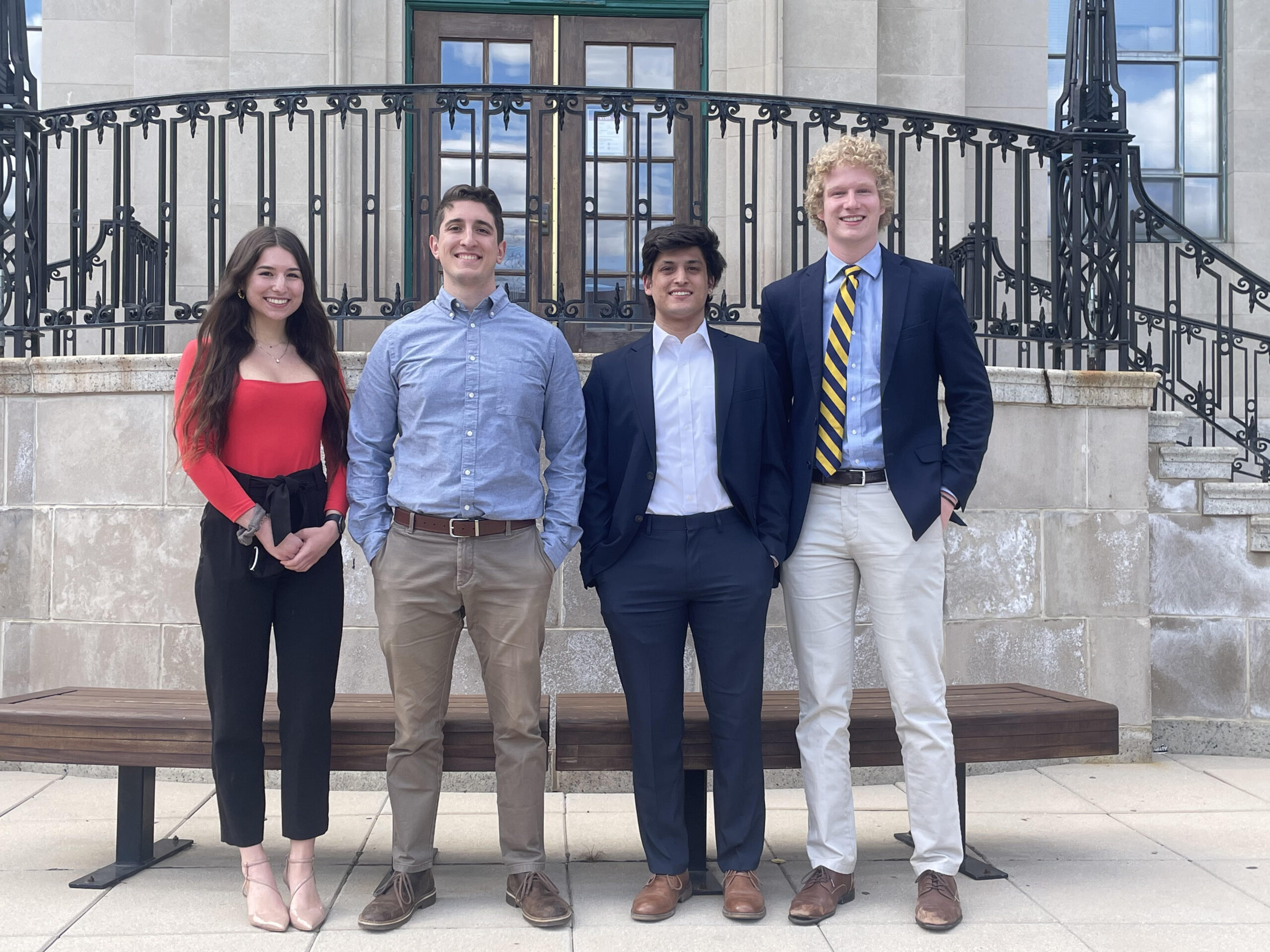 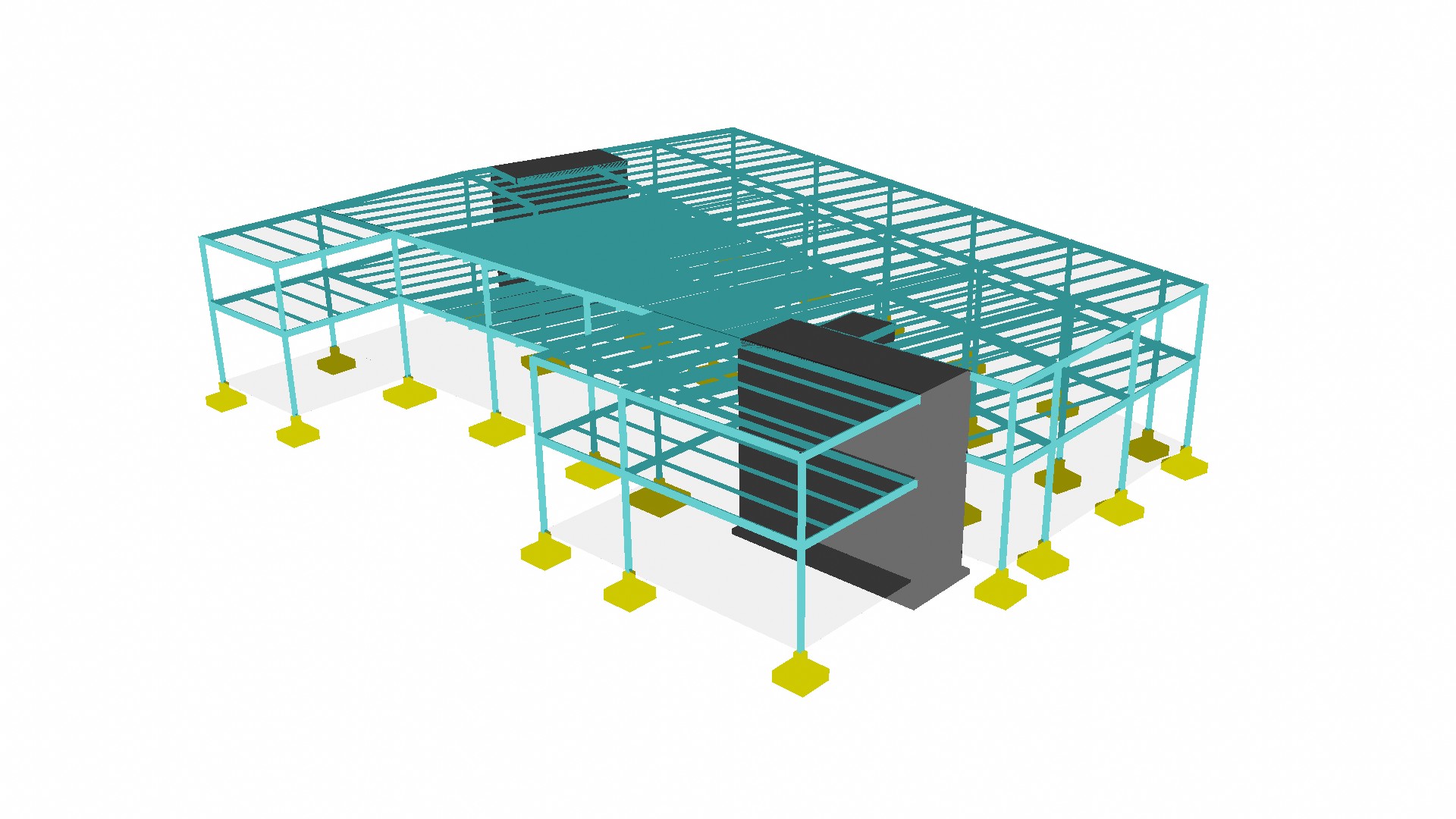 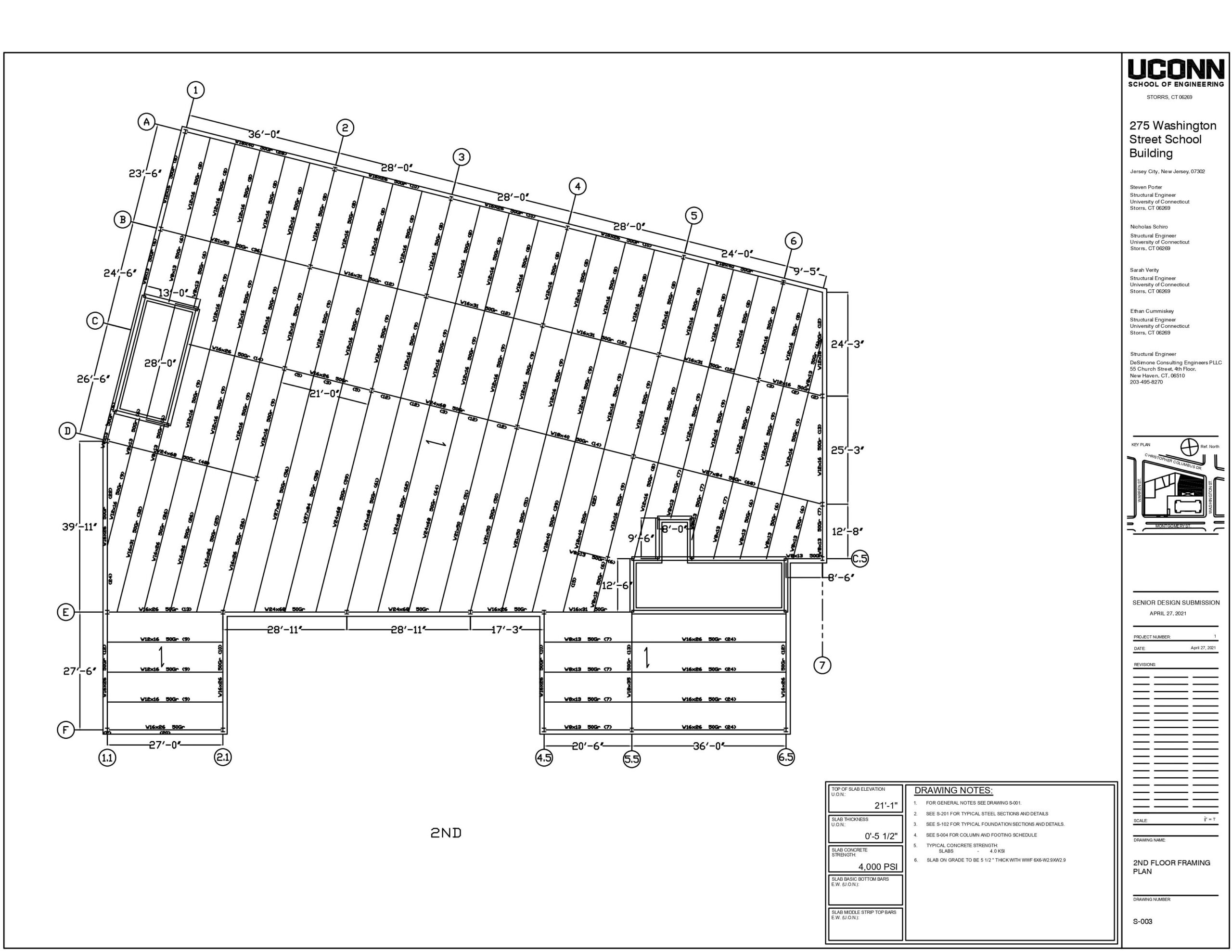 The designed structure is a two-story, 36,850 square foot school building located at 275 Washington Street in the Jersey City School District of Jersey City, New Jersey. This structure is connected to a larger, 53-story residential tower next to the school that has been constructed using a cast-in-place concrete design. The general contractor for the project requested that the school should be built using the same design system for ease of construction. DeSimone requested that the project team use a structural steel approach to create an alternative design to the school in order to compare the economical efficiency with that of the cast-in-place design. The team was tasked with designing all of the gravity members including the foundation, beams, columns, decks, and slabs. For design purposes and for the sake of simplicity, it was assumed that the building stands alone on the construction site and is not connected to the adjacent tower. Geotechnical reports and architectural plans were provided to aid in the design of the structure. The final deliverables of this project include a set of floor plans showing the final designs of the structural members along with the design criteria and assumptions for each section of the project. Furthermore, a takeoff comparison was performed to show the economic efficiency of the steel design when compared to the cast-in-place design requested by the general contractor. The final cost comparison of these two structures show that the construction costs of the Cast-In-Place model would be approximately $863,777.67 while the steel structure designed by the team will cost $743,694.92. This steel frame will not only cost less than the accepted concrete design, but will allow for several advantages in the development of the structure, such as a need for fewer columns which increases the square footage of the entire project, allowing for more freedom in the design and an increase in overall value.