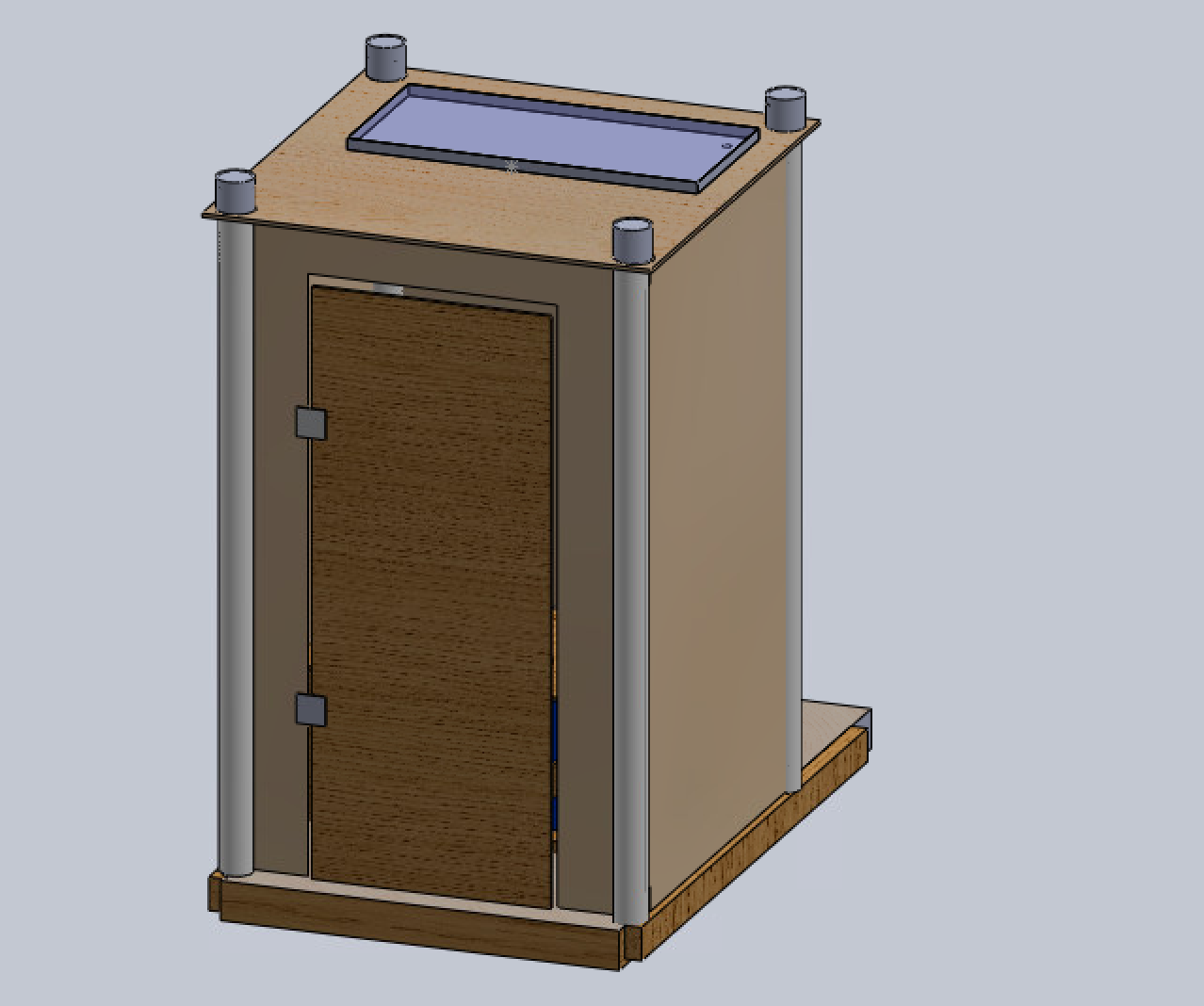 The LooLoo is a portable toilet system designed to aid communities that have suffered from inadequate bathroom facilities which lack proper sanitation and structural stability. Many of these communities, including homeless encampments, natural disaster affected areas, and numerous international communities, are forced to practice open defecation, which creates biohazards and pollution problems within the areas.  The LooLoo offers a structurally sound, safe, and clean bathroom facility that has solar powered cell phone chargers, as well as waste separation to mitigate odors, ventilation, and proper sanitization measures.  One of the main responsibilities of the CEE team was to create a structural design that could withstand wind, snow, and rain forces on the exterior and high pressure loads on the interior toilet. Other objectives were to design a waste separation system that separates solids and liquids to mitigate odors and create a more hygienic bathroom environment.  The strict diversion of urine also allows for the promotion of reuse as fertilizer. Other functions of the design include beginner-level building skills with a full build complete in under 2 hours, and the use of materials from an easily accessible store, such as Home Depot or Lowe’s.