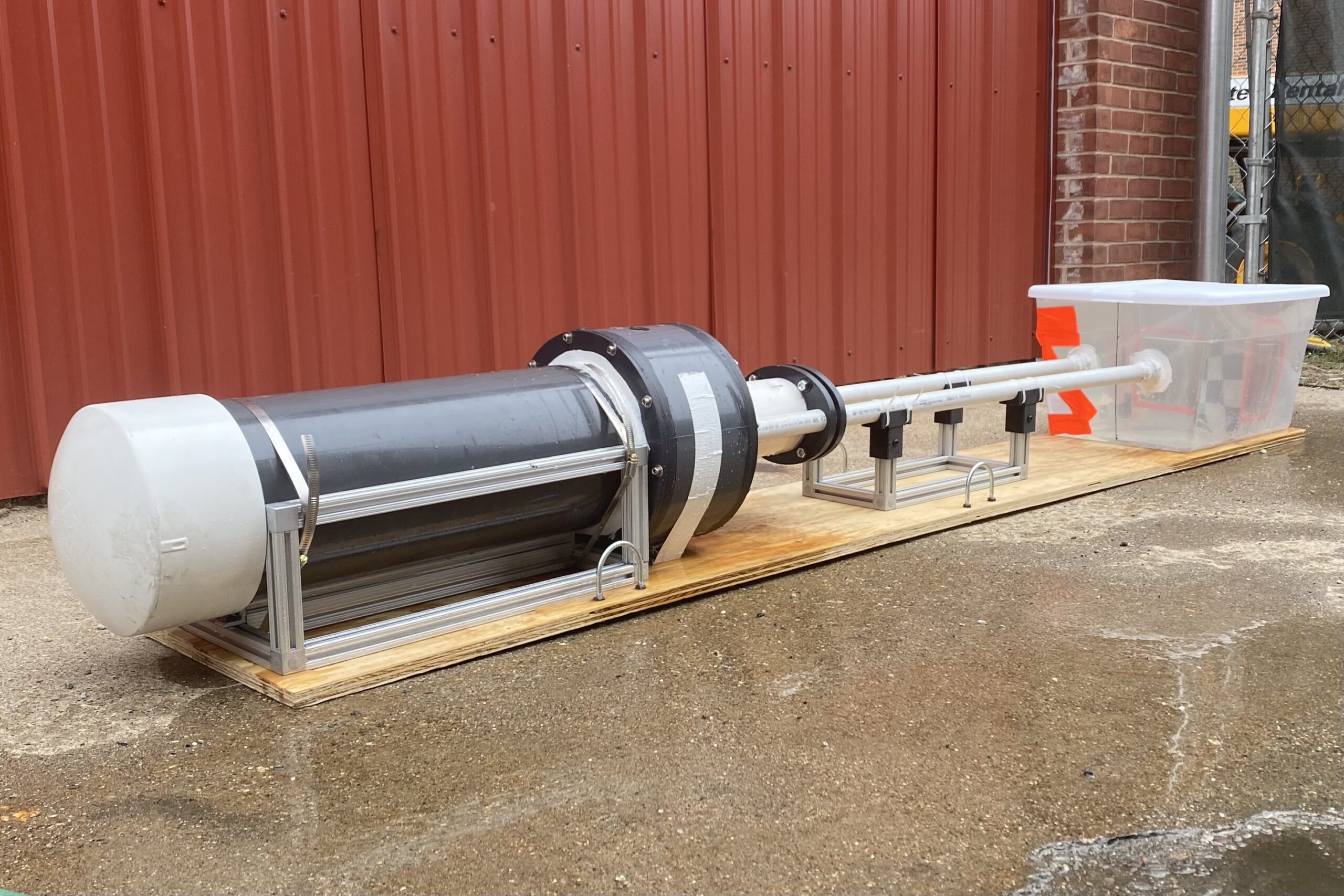 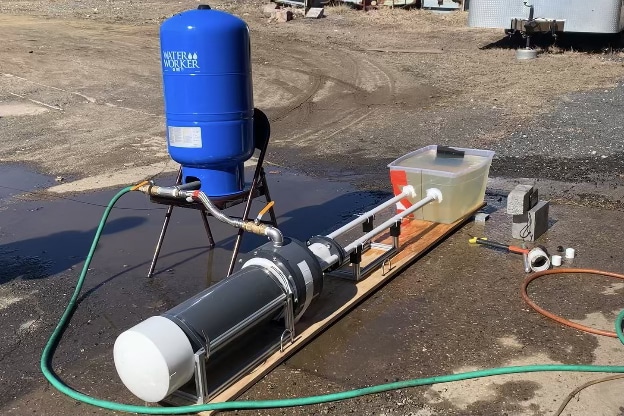 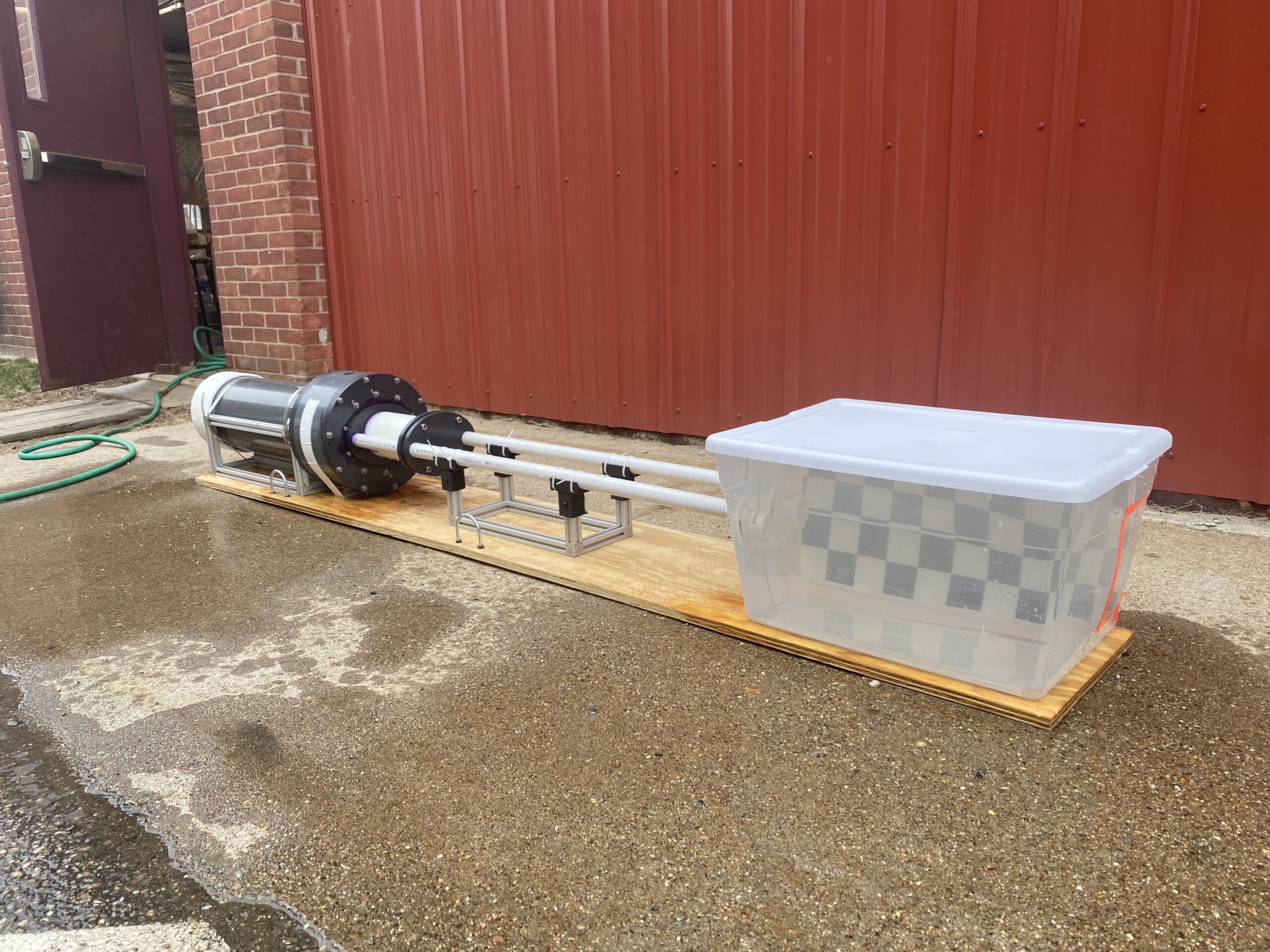 This is a collaborative, research and development project between MEM team 9 and ME team 77, with sponsor Doug Merrick from the Naval Undersea Warfare Center (NUWC). NUWC is a full-spectrum research, test, development, engineering, and support center for the U.S. Navy.

This project focused on delivering a device that will launch multiple three-inch projectiles from a U.S. Navy, forward-facing torpedo tube. We created a design for a capsule that will be stored alongside MK.48 torpedoes within a VIRGINIA Class submarine. This capsule will be utilizing the cradle, loading, and firing mechanism already on board. The end result was a proof-of-concept prototype that is independently validated and will support the Navy in delivering combat-ready forces.

Throughout the year, the MEM and ME teams worked cohesively toward the same final goals. The MEM team generally led the CAD of the modules while the ME team led the ANSYS fluid simulations. Then, a test rig was manufactured and put to trial consisting of the CAD packages and ANSYS predictions.

The final deliverables for this project include:

NUWC did not provide any sensitive information to the team. We worked with our sponsor to establish a reasonable set of assumptions that would guide the project’s specifications. As a result, this system will not be integrated into the submarine directly but will require some changes to the parameters to ensure it will work in actuality.