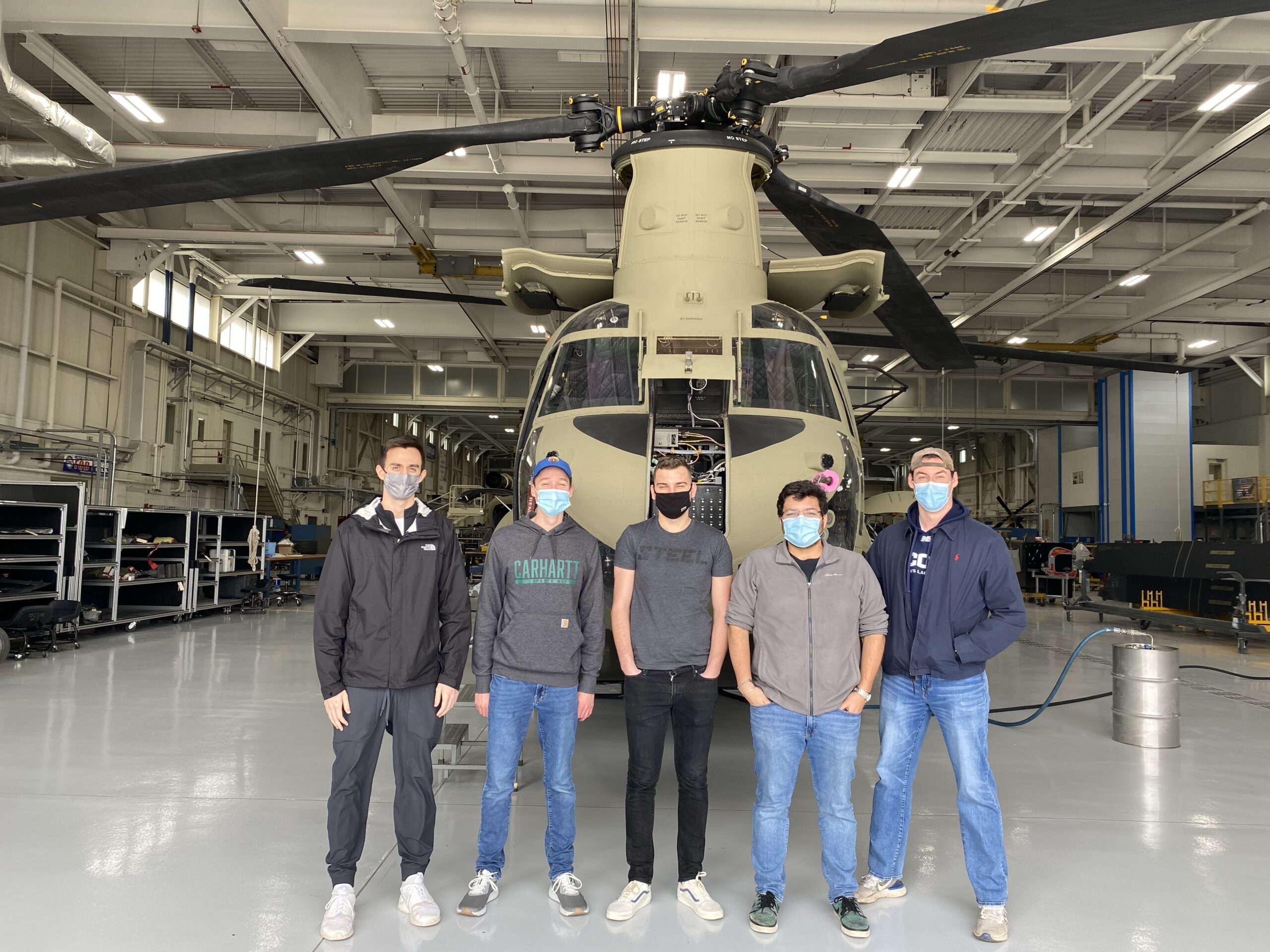 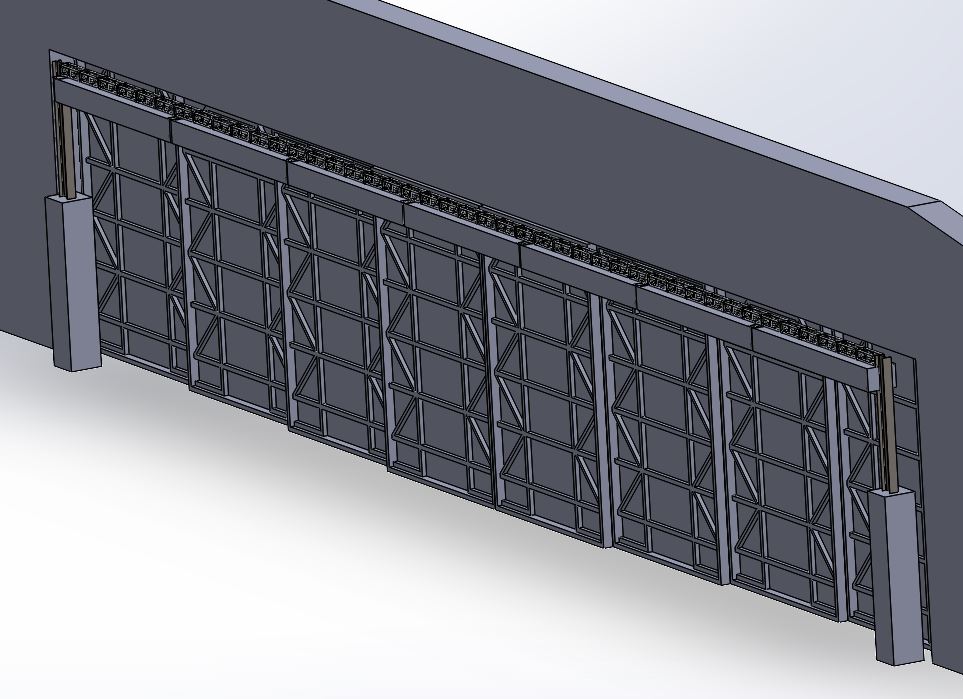 The 1109th TASMG (Theater Aviation Sustainment Maintenance Group) is one of a few select groups in the U.S. Army that is qualified for full repair of the National Guard’s inventory of active helicopters. Each winter, the hangar they operate out of loses massive amounts of heat each time the hangar doors open in order to bring helicopters in and out for repairs. The objective of this project was to mitigate the heat loss coming from the open hangar doors in order to not only reduce heating costs for the building but to also to help keep the soldiers working inside more comfortable and therefore more productive. The team designed an air curtain system which involved suspending heavy duty air blowers above the entrance of the hangar doors. This would create a large air curtain in front of the hangar doors stopping cold air from entering the facility and preventing hot air from exiting. One of the goals for this project was to create a system that would operate automatically, this meant that the only human input would be someone operating the hangar doors leaving the blowers to turn on and off on their own. The team conducted a heat transfer analysis on the hangar doors with the air curtain design to assure the heat mitigation was effective. Along with this analysis an electrical analysis was conducted to assure the amount of energy used by the air curtain was not greater than the energy previously used to heat the building during the winter. The team provided a full SolidWorks model of what the air curtain design would look like inside the building along with all of the dimensions of the design.  Part of this model was the actual support structure that the blowers would be mounted on. Due to the weight of the blowers, they could not be mounted directly on the hangar itself.  This led the team to research and develop a separate structure that would support the blowers on both ends of the hangar, while keeping the structural integrity of the hangar intact.