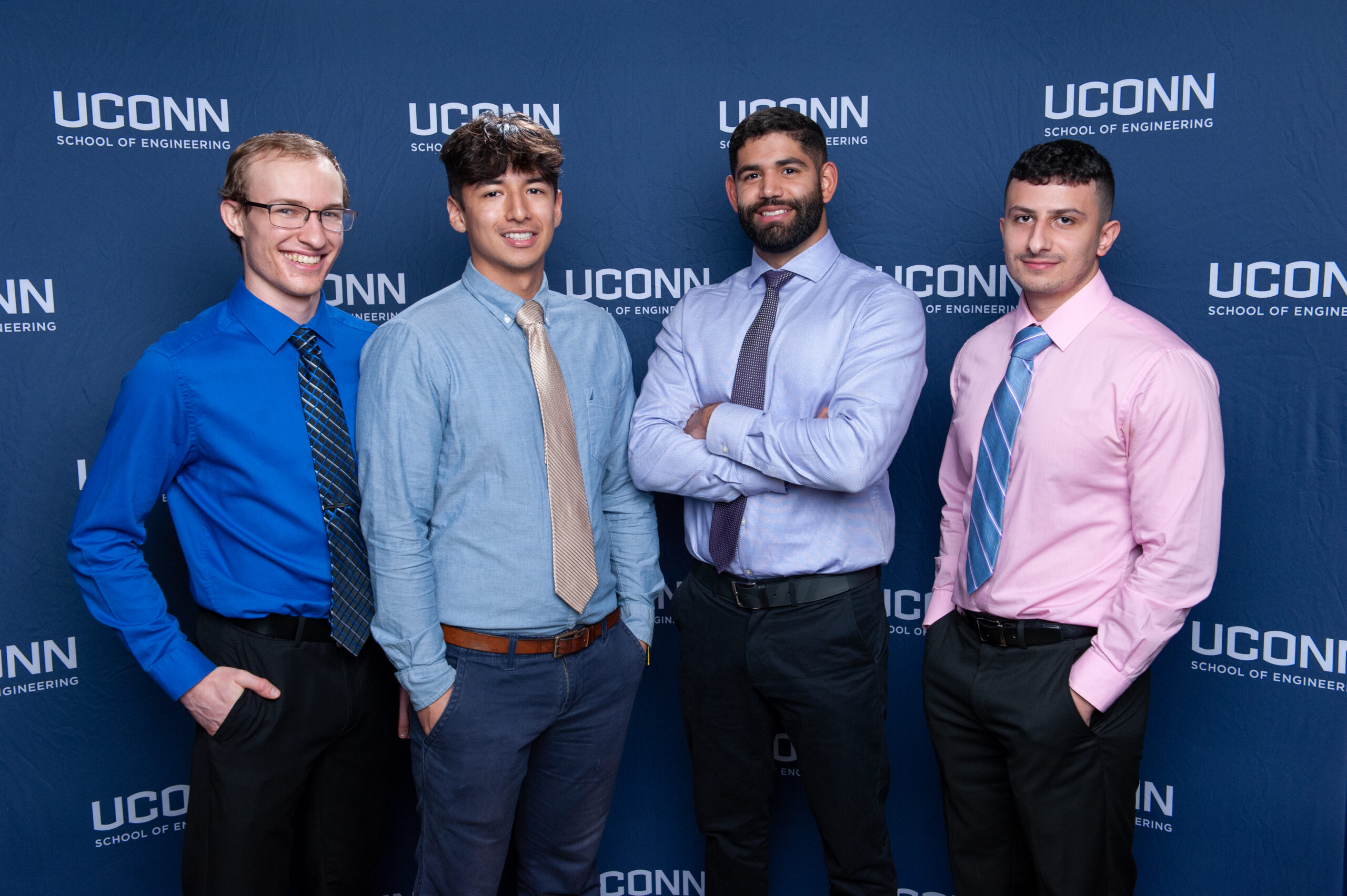 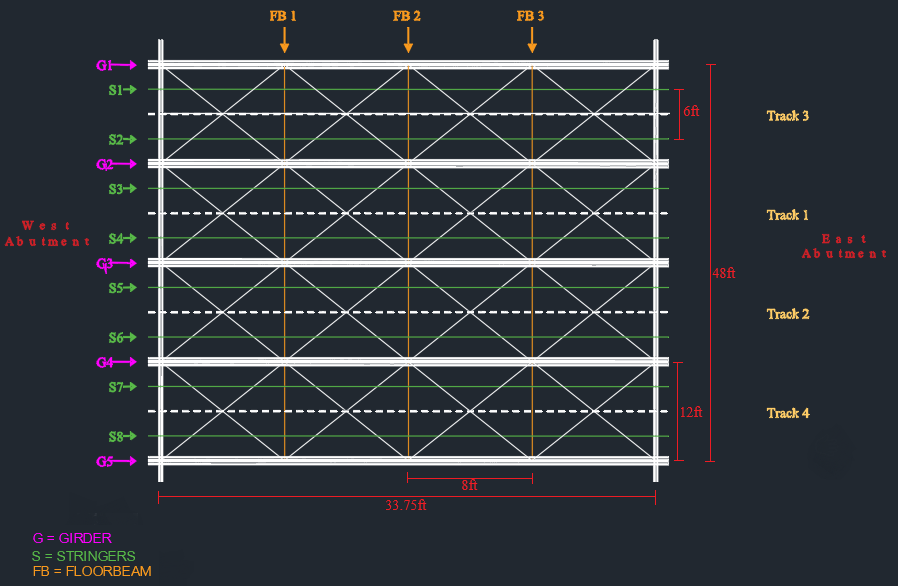 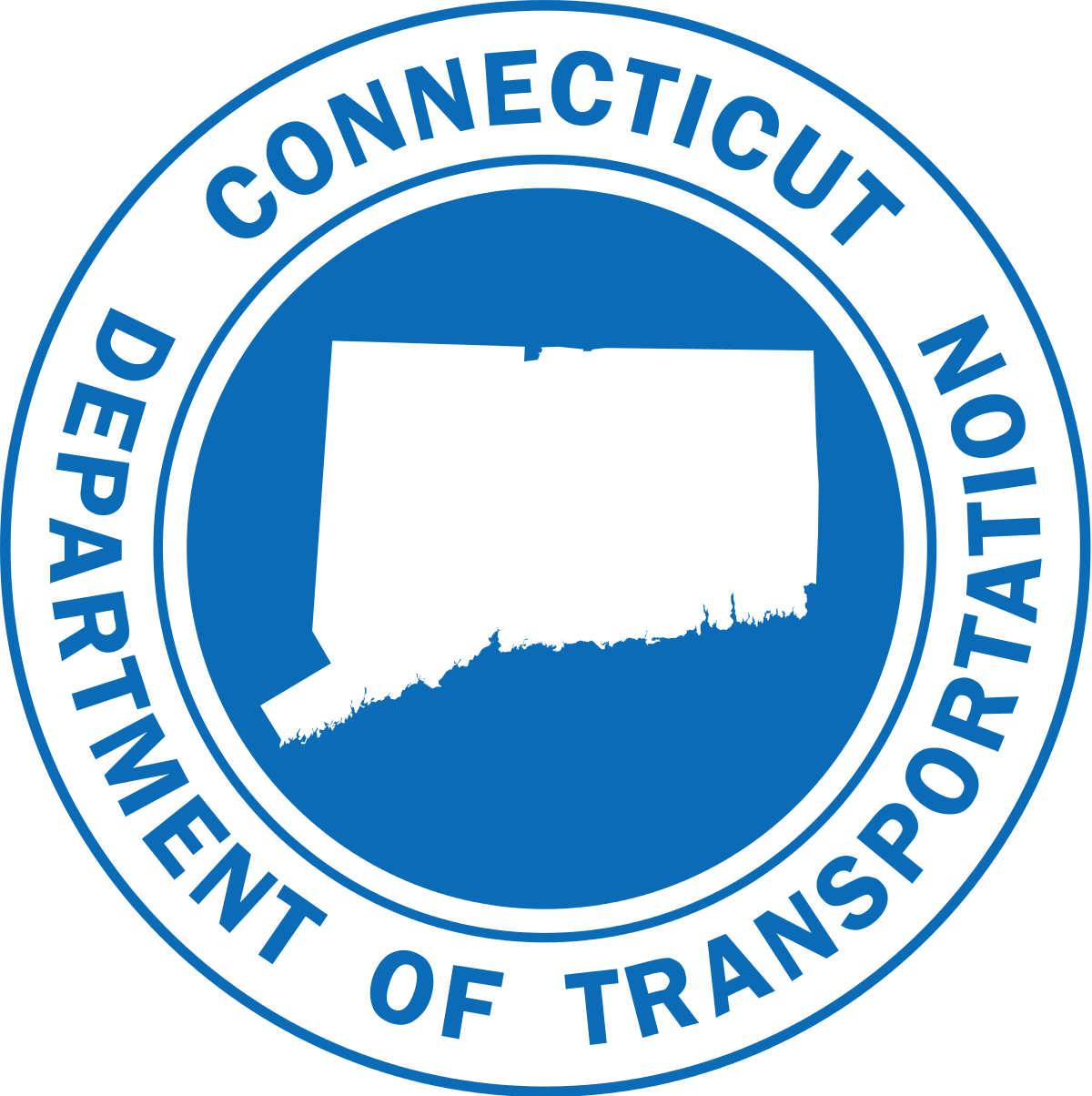 A replacement deck was designed for railroad bridge 08078R over West Broad Street in Stratford. The original bridge deck supported 4 tracks and had a span of 39ft. The new deck is designed in a similar way, except the new deck is ballasted to improve track speed. It consists of 5 girders, each in between a track, along with 8 stringers, 2 under each track. Loads are transferred from the tracks, onto the stringers, onto 3 equally spaced floor beams, then onto the girders. The main design project deliverables included the sizings of the main girders and stringers that support the new deck, and the cost estimation and construction sequencing. Design loads and moments were all calculated based on the American Railway Engineering and Maintenance-of-Way Association (AREMA) code along with the expected use of the rail. Cost estimations were decided based on the Connecticut Department of Transportation (CTDOT) Estimating Guidelines as well as RSMeans data. A project schedule was created including traffic control, demolition, and installation of the new bridge.