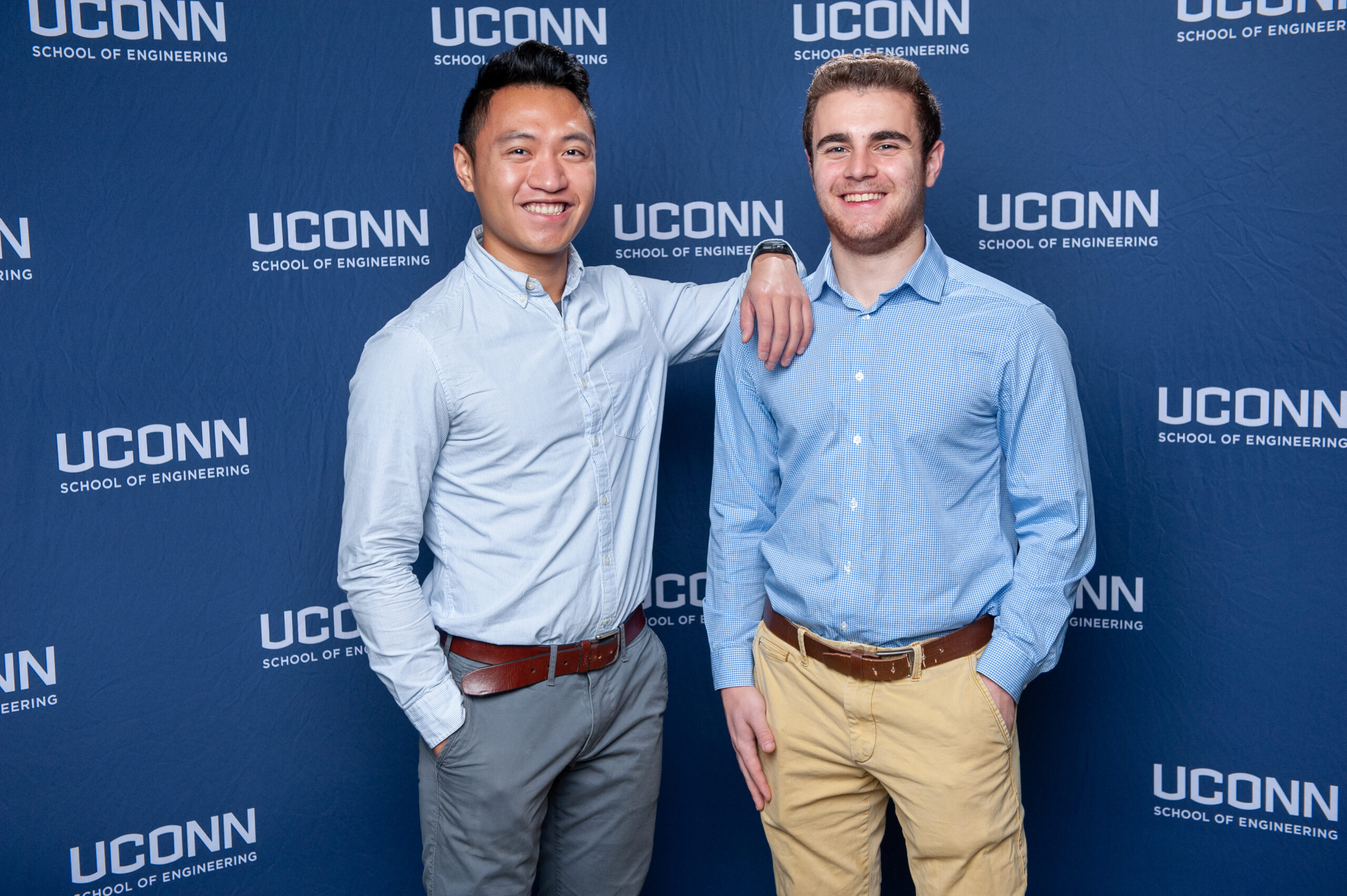 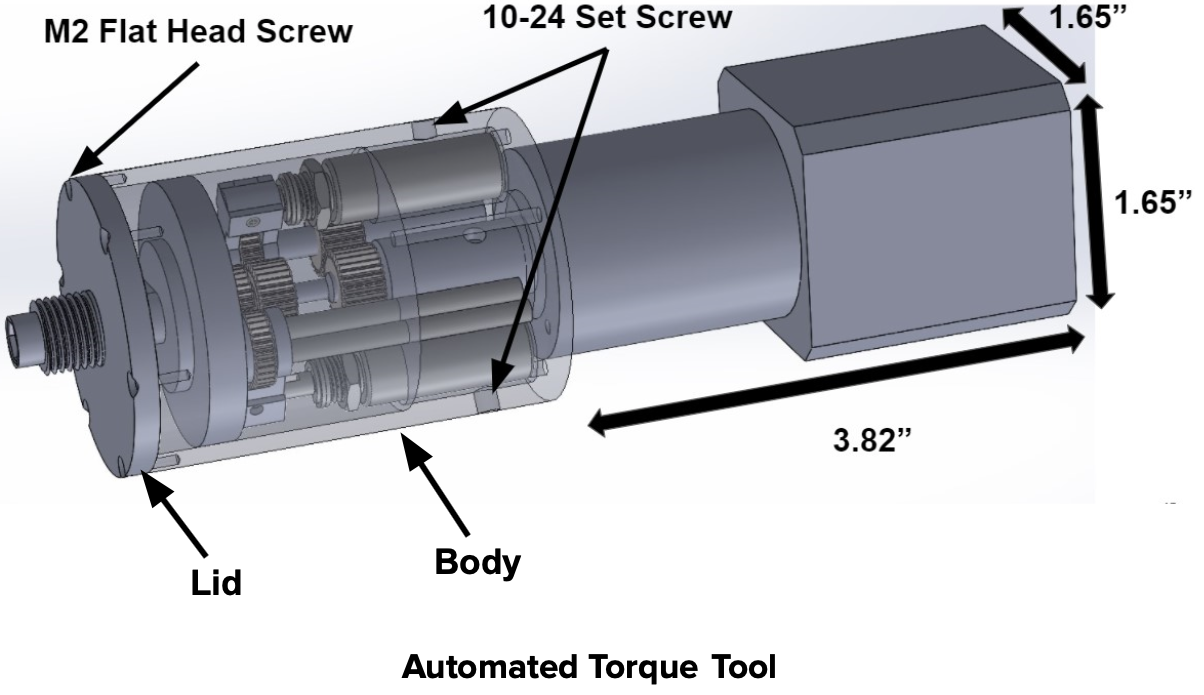 Collins Aerospace is an aerospace company owned by Raytheon Technologies and is one of the world’s largest suppliers of aerospace and defense products. The Mechanical Engines Systems group at Collins Aerospace currently creates the fuel control units that are implemented into Pratt and Whitney’s PurePower Engines. A high pressure relief valve inside these units contains a spring seat adjustment screw and a lock nut mechanism that controls the fuel flow throughout the device. These fuel control units currently undergo a tedious manual calibration process to verify that the unit is within acceptable limits. Collins Aerospace is looking for ways to improve the quality and reduce the cost of this calibration process. The goal of this project is to design and test the feasibility of an autonomous, electromechanical tool that will read results from the test flow rig, interface with the spring seat adjustment screw and the lock nut, and apply the correct amount of torque in in-lbs to properly calibrate the fuel control unit. Gaining inspiration from a manual car transmission, the gearing system was designed such that one gear would hold one component in place while another gear would turn the other component. Utilizing preliminary research and Pugh Charts, the most optimal gear ratios, gear sizes, motors, and solenoids were selected and later implemented into the final design. To test the final design, a random number generator was used to create a random pressure value that the tool would read and then make the proper adjustments to the spring seat adjustment screw until acceptable pressure values were outputted.

Our team collaborated with Management & Engineering for Manufacturing 6 on this project.