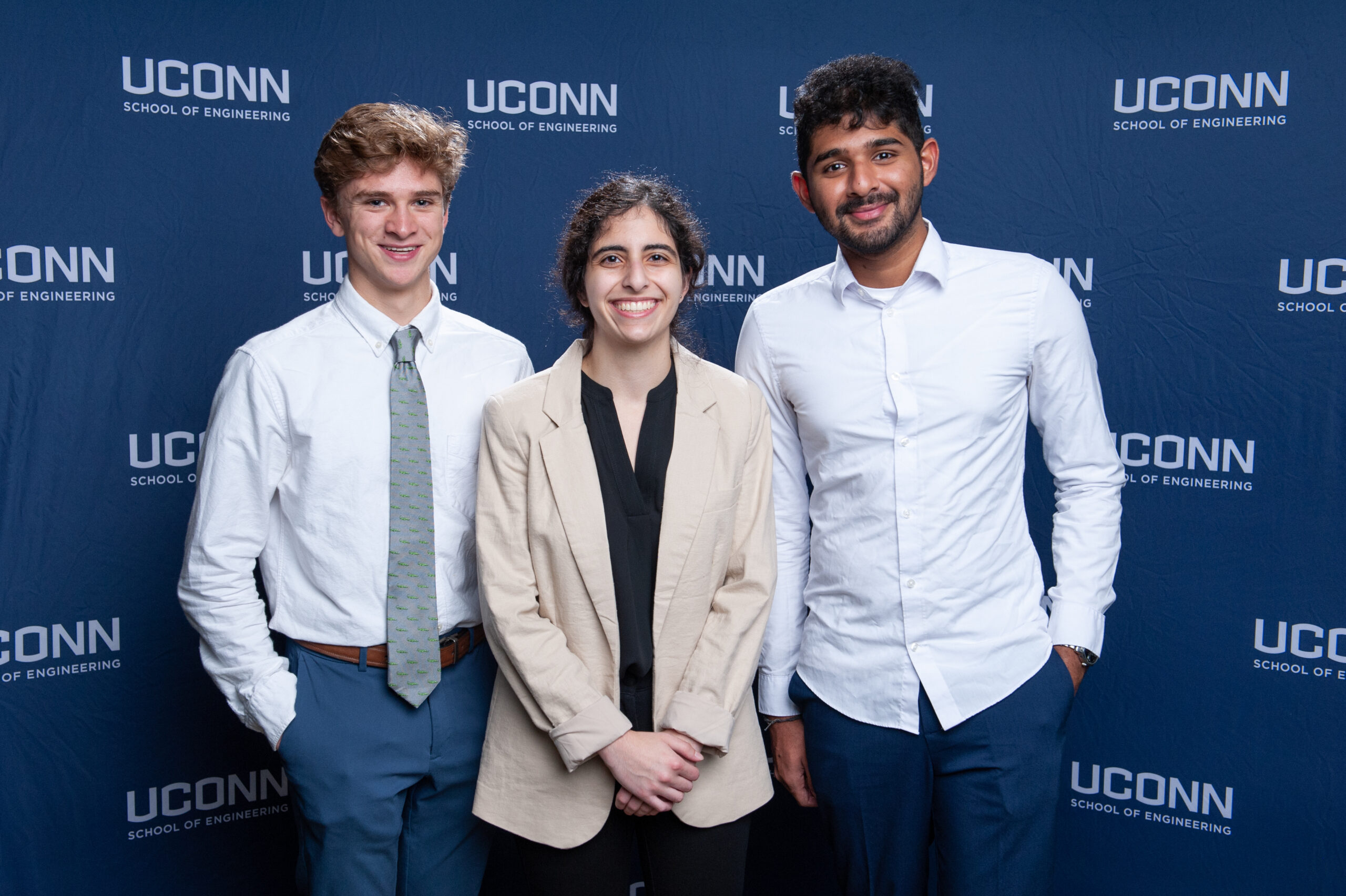 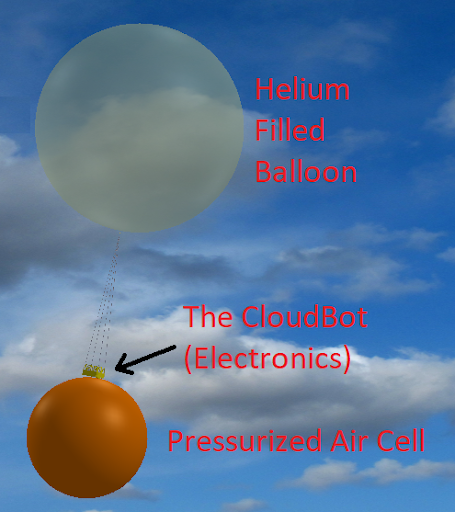 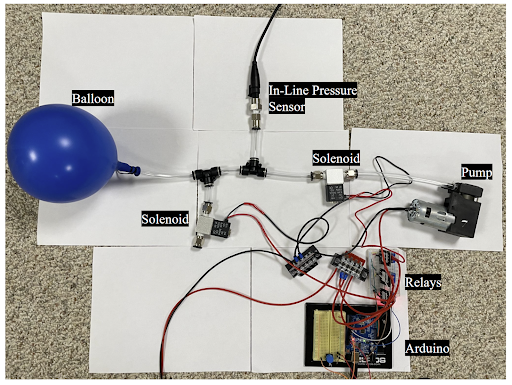 The CloudBot is an autonomous weather balloon that operates on the principle of variable buoyancy to ascend and descend in the atmosphere. Sponsored by Dr. George Matheou of UConn’s Department of Mechanical Engineering, this project aims to develop a device that can collect atmospheric measurements and communicate them mid-flight with the goal to reduce reaction times to detrimental natural weather disasters. The apparatus consists of a helium-filled balloon, the robotic payload, and an air cell. The fixed-volume helium balloon at the top provides an upwards buoyancy force, while the air cell at the bottom can hold a variable amount of pressure to adjust the density of the CloudBot. This allows the CloudBot to ascend or descend depending on how much air is compressed in the air cell. The robotic payload consists of temperature, pressure, and altitude sensors as well as a GPS module. By interfacing with two solenoid valves, the CloudBot can either direct compressed air from the pump into the air cell or release air into the atmosphere depending on user or computer input. The transceiver modules present in both the payload and ground control allow for communication between the CloudBot and the ground. The CloudBot can hold pre-programmed flight plans for navigation or be manually operated with ground control. Measurements can be collected and displayed via the Arduino Nano on ground control.