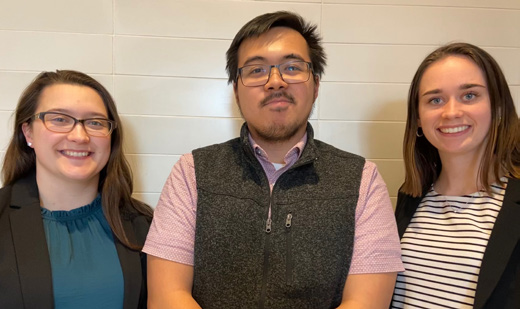 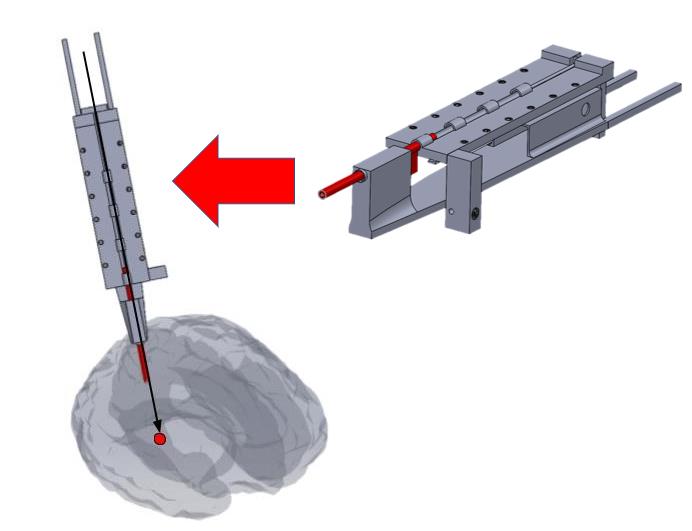 Parkinson’s disease (PD) is a progressive neurodegenerative disorder that is most easily identified by its impairment of basic motor functions. The highly targeted method of deep brain stimulation (DBS) is an FDA-approved method of treatment for Parkinson’s disease that targets the deep brain’s subthalamic nucleus (STN). DBS delivers electrical stimulation that overrides abnormal electrical signals to decrease the severity of symptoms. This project seeks to make improvements upon 3D printed surgical inserters, used to guide the DBS microelectrodes, to further the accuracy of microelectrode insertions and minimize damage to brain tissue during surgery. Specifically, the improved device will be automated and able to provide real-time data to the user during surgery. The device will need to be highly accurate in order to ensure the microelectrodes reach the STN. The device will be tested on a highly representative brain model using agar to represent the STN and gelatin as the brain tissue. The consistency of gelatin is very similar to brain tissue, provides minimal pathway damage, and is clear, allowing the user to see the insertion as it is occurring. There is both a noticeable difference in consistency between agar and gelatin, as well as an abundance of excess agar that clings to the lead upon removal, allowing the user to easily identify if the STN has been reached.