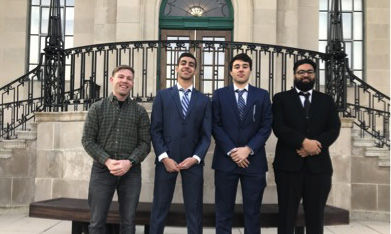 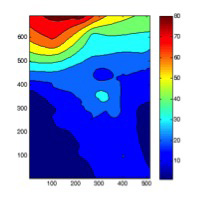 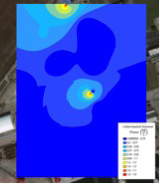 Our design group was retained by Comprehensive Environmental Inc. (CEI) and UConn’s Civil and Environmental Engineering Department to address the issue of groundwater contamination at the Atlantic Shellfish Site in North Kingstown, Rhode Island. The Former Defense Site hosted decades of chlorinated solvent use by the US Navy and updated groundwater sampling results from CEI showed contaminant levels above regulatory limits across the site. Our group chose to develop a depth-integrated, 2-Dimensional groundwater flow and particle transport model for the site and use it to facilitate the design of a pump & treat system to remediate the chlorinated solvent plume. The field data were incorporated into ArcGIS and using geostatistical techniques were exported in a format that could be integrated with the 2-Dimensional model. The model predicted how the contaminant plume would migrate throughout the subsurface of the site under different conditions. Knowing the extent of the modeled plume, it became possible to incorporate pumping wells into the model to analyze contaminant removal as a function of concentration reduction over time. As a result, optimal pumping rates and locations to best remediate the plume according to regulatory criteria were determined. A pump & treat system with packed column air stripping towers will be implemented as remediation.