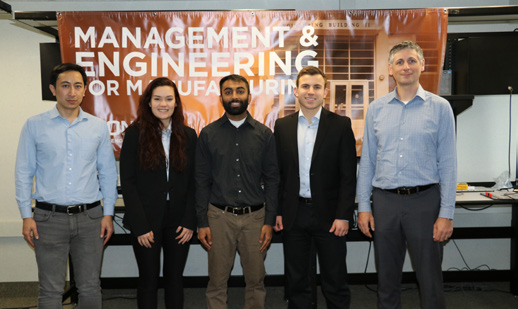 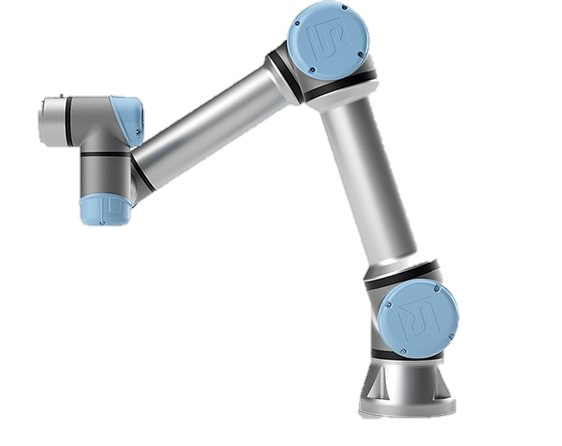 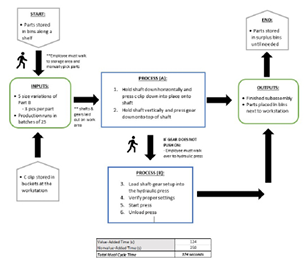 Management and Engineering for Manufacturing
Team 2

Belimo Holding AG is a Swiss-based international manufacturer of valves, actuators, and sensors for heating, ventilation, and air-conditioning systems. The firm’s North American headquarters is located in Danbury, Connecticut. As a market leader globally, Belimo seeks to further expand its manufacturing capabilities through automation. To accomplish this, the North American headquarters would like to gauge the feasibility of introducing a cobot into their production then design a plan for implementation. The perceived benefits of implementing a cobot include decreasing cost-structure, shortening lead-times, and increasing available human capital. The UConn team assigned to this project has completed a review for feasibility and designed a new work cell layout. While observing feasibility, the team identified a target sub-assembly process that includes a shaft, gear, and a C-clip. This process assembles thousands of parts each year which makes it a valuable focus for automation. After reviewing available information, the Universal Robot 5 was recommended based on the cobot’s reach, repeatability, degrees of freedom, and safety features. After the cobot selection was approved, the team finalized their recommendations for the new work cell layout.