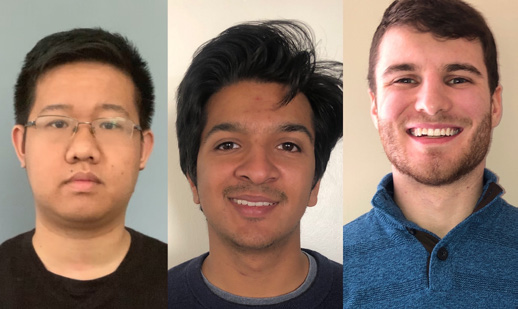 This project will examine the security issues of an existing Software Defined Radio based network which are a critical requirement for wireless communication systems. The threat to be explored is a man-in-the-middle (MITM) attack, where a third party disrupts the communications between two other parties. To combat this, a security algorithm will be added to the physical layer of the system that will identify potential attackers through fingerprints for identification. The fingerprint will be generated using a probing message that is defined by scanning the whole frequency band. This security algorithm will be investigated through experimentation before being added to the physical layer. The proposed method will begin with two radios transmitting a predetermined message with high power components at known baseband frequencies. Each radio will then measure the received power at these locations to generate a secret key that is unique to the wireless channel being used. Subsequently, devices will be able to authenticate each other based on the secret key that is generated during the probing process.