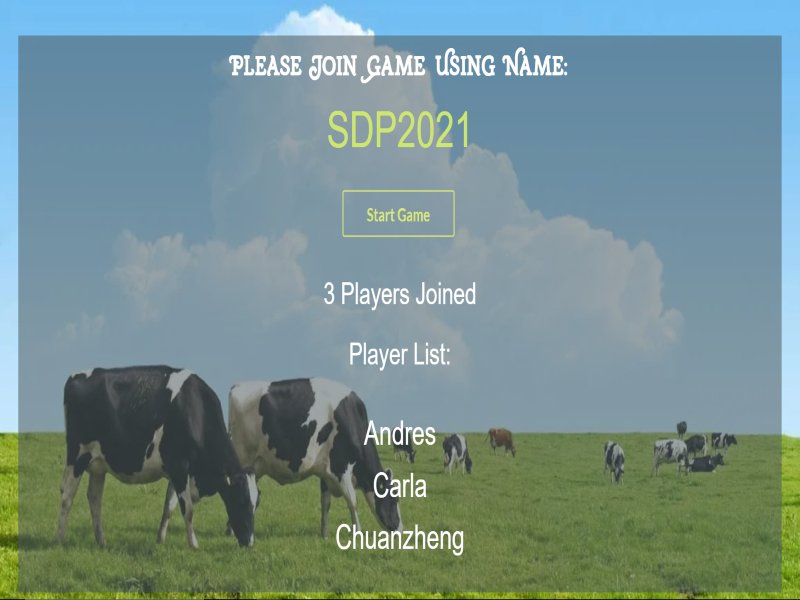 The Tragedy App is an interactive web game accessible through internet browsers that is meant to allow individuals to learn and experience an economic problem known as The Tragedy of the Commons. In this game, users can become either a host or a player. Hosts are in charge of administering games, while players join the games created by the host and play the game. During each round of the game, each player is given a set number of resources that they are supposed to allocate between "Farming", and "Pasturing", with any unallocated resources sent to the "Reserve". At the end of each round, each player is scored based on their choices. However, in the event that the cumulative allocations to "Reserve" pass a certain amount, they could lose points instead.