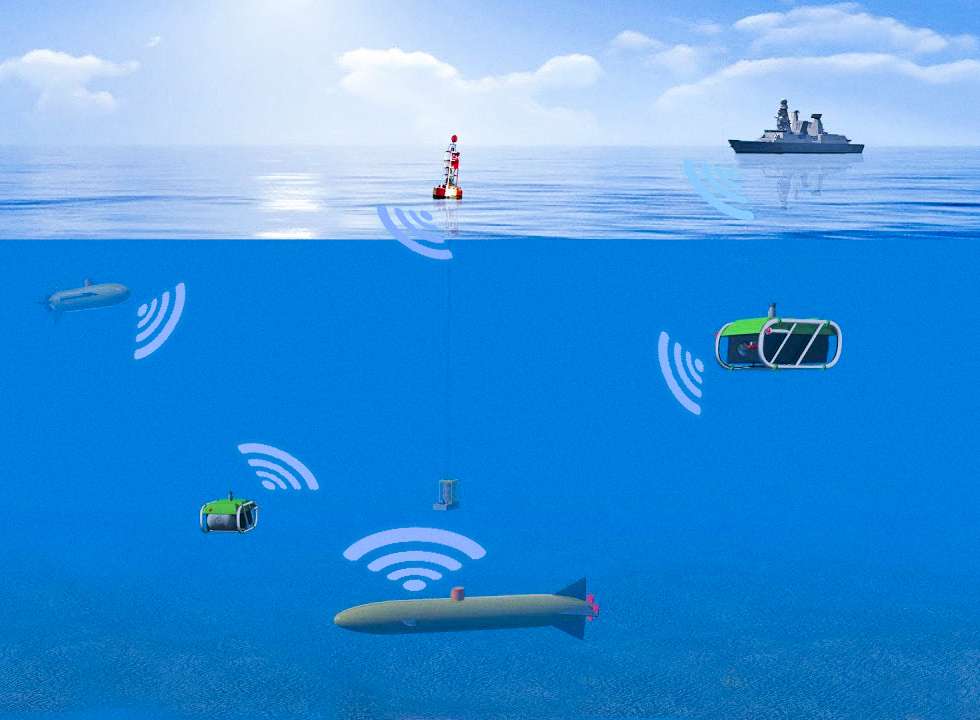 The team was tasked by General Dynamics Electric Boat to develop a communication program that would be used to achieve underwater wireless data transfer. The team elected to leverage the Transmission Control Protocol, also known as TCP, to transmit data. TCP allows the program to form a connection between two hosts. Once this initial connection is made, data can continue to be exchanged over this connection. The team knew security would be a top priority and to ensure that the data being exchanged between the two hosts couldn’t be accessed and read by a third party we implemented TLS or Transport Layer Security on top of TCP.  TLS uses two personalized keys and certificates which are used to encrypt the data being sent. This encryption is the key to the security of the program. With a secure connection, the team then focused our attention on potential data errors that would occur from transmitting data underwater. To combat this, we implemented Reed-Solomon error correction into the connection. This detects and corrects errors in the data so that the receiving party gets the correct data even in error prone environments.