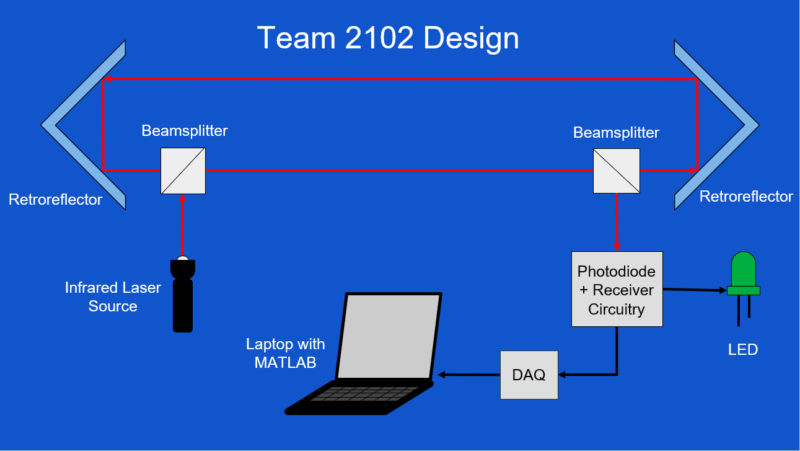 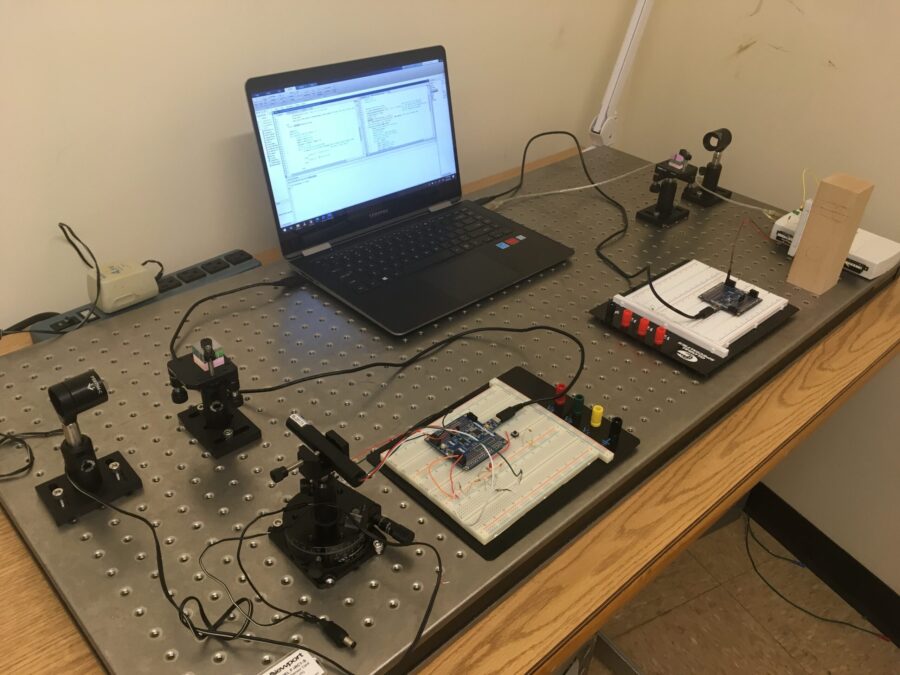 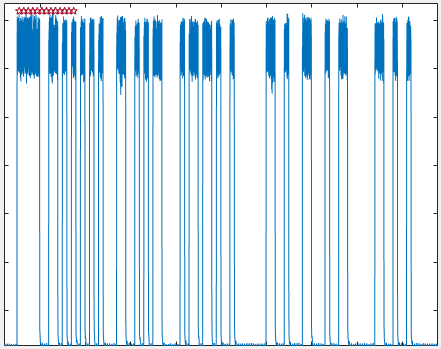 As an ever-increasing number and variety of smart devices (phones, TVs, video doorbells, appliances, etc.) communicate with each other over the Internet of Things, the demand for completely wireless power delivery and data transmission is greater than ever. Startups such as Wi-Charge have created prototypes for establishing wireless links to charge devices via resonating, extended-cavity infrared laser beams, which can send power over longer distances and with fewer energy losses than other competing alternatives. In theory, resonant beams should be self-aligning, even as the positions of transmitters and receivers change, and should shut off automatically if an object enters their path, making them inherently safe. The UConn ECE Department is investigating this cutting-edge technology, and our team has taken some of the first steps by designing and constructing an optical testbed (Figure 1). Our testbed consists of a one-meter long, free-space, infrared optical loop capable of transmitting power and data. A 10-mW infrared (invisible) laser sends light energy to a photodiode, which converts the light into electrical energy and powers an LED. Using a microcontroller, we are also able to send data pulses with the laser, and we can record the received data waveform (Figure 2) and decode its stored message using a data-acquisition unit in conjunction with a laptop running MATLAB. Future work can build on our testbed to produce a higher-power, extended-cavity resonant beam with the addition of a laser gain medium within the optical loop.