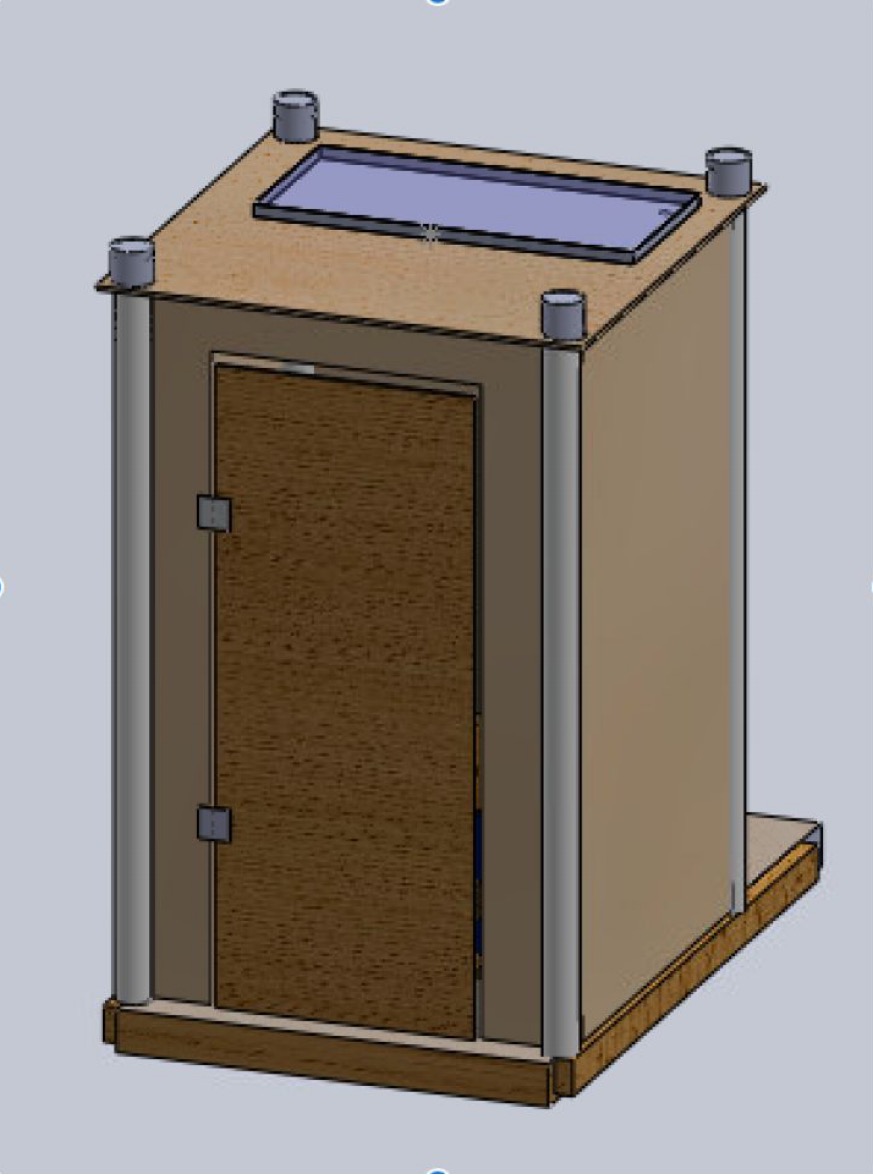 The LooLoo is a portable toilet system designed to aid communities that have suffered from inadequate bathroom facilities which lack proper sanitation and structural stability. Many of these communities, including homeless encampments, natural disaster affected areas, and numerous international communities, are forced to and also prefer to practice open defecation, which creates biohazards and pollution problems within the areas. The LooLoo offers a structurally sound, safe, and clean bathroom facility that has solar powered cell phone chargers, as well as waste separation to mitigate odors, ventilation, and proper sanitization measures. For the purposes of this project, the electrical engineering team was tasked with designing and optimizing an electrical system that would provide both a charging station and adequate lighting. The electrical system consisted of reliable, replaceable parts, in the case of component defects and a simple design for accelerated assembly. While conducting research, our team decided upon using a monocrystalline solar panel over a polycrystalline panel due to the fact that its power efficiency is superior due to its limited number of silicon impurities. The other components were chosen so that the electrical system could provide 24 hours of lighting inside the facility as well as the ability to fully charge three smartphones. Even though construction of the facility has yet to be completed, conservative analyses from our team estimate that even in areas of the globe with lesser amounts of sunlight, our design should be more than able to do what we are tasked with. In addition, cost analysis of the components were performed in order to determine the most cost effective parts. The environmental sustainability of the electrical system was considered to provide a more ‘green’ experience. By simulating the operational conditions of the system through exploring various use case scenarios, we were able to employ a functional optimized solution.