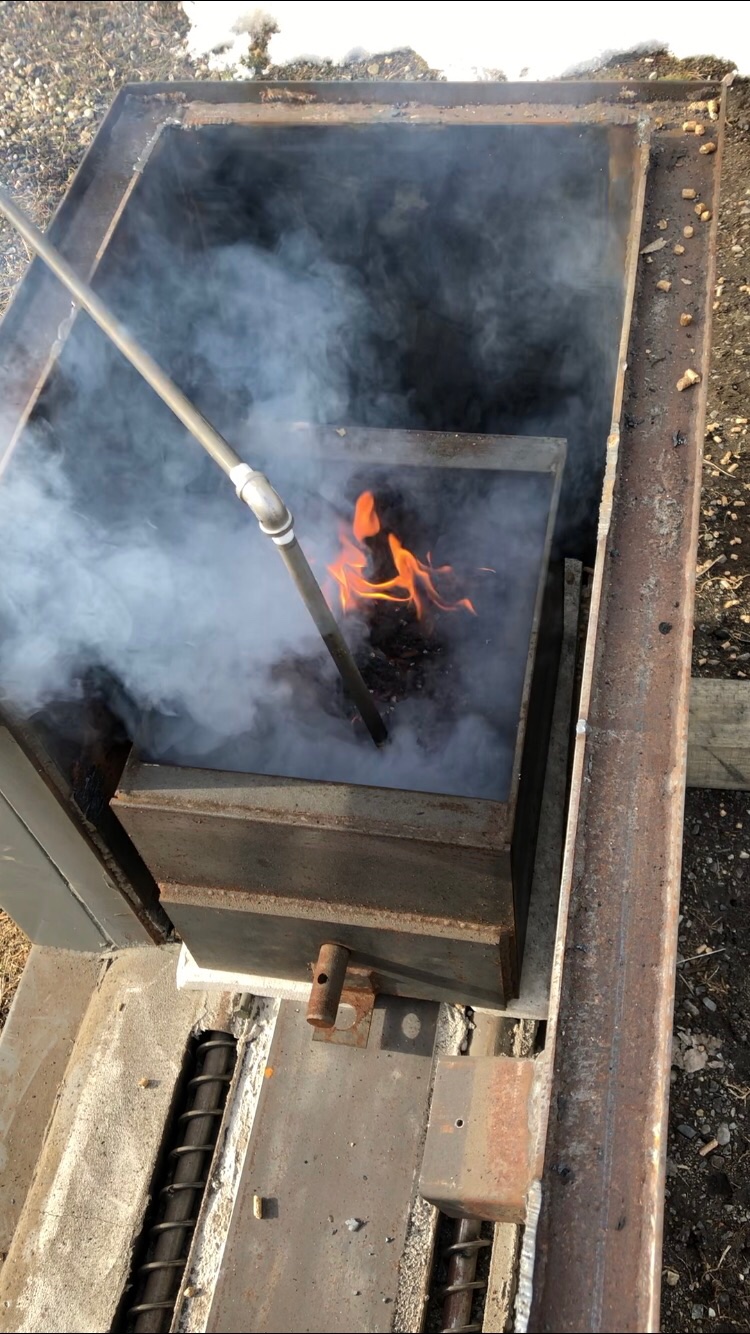 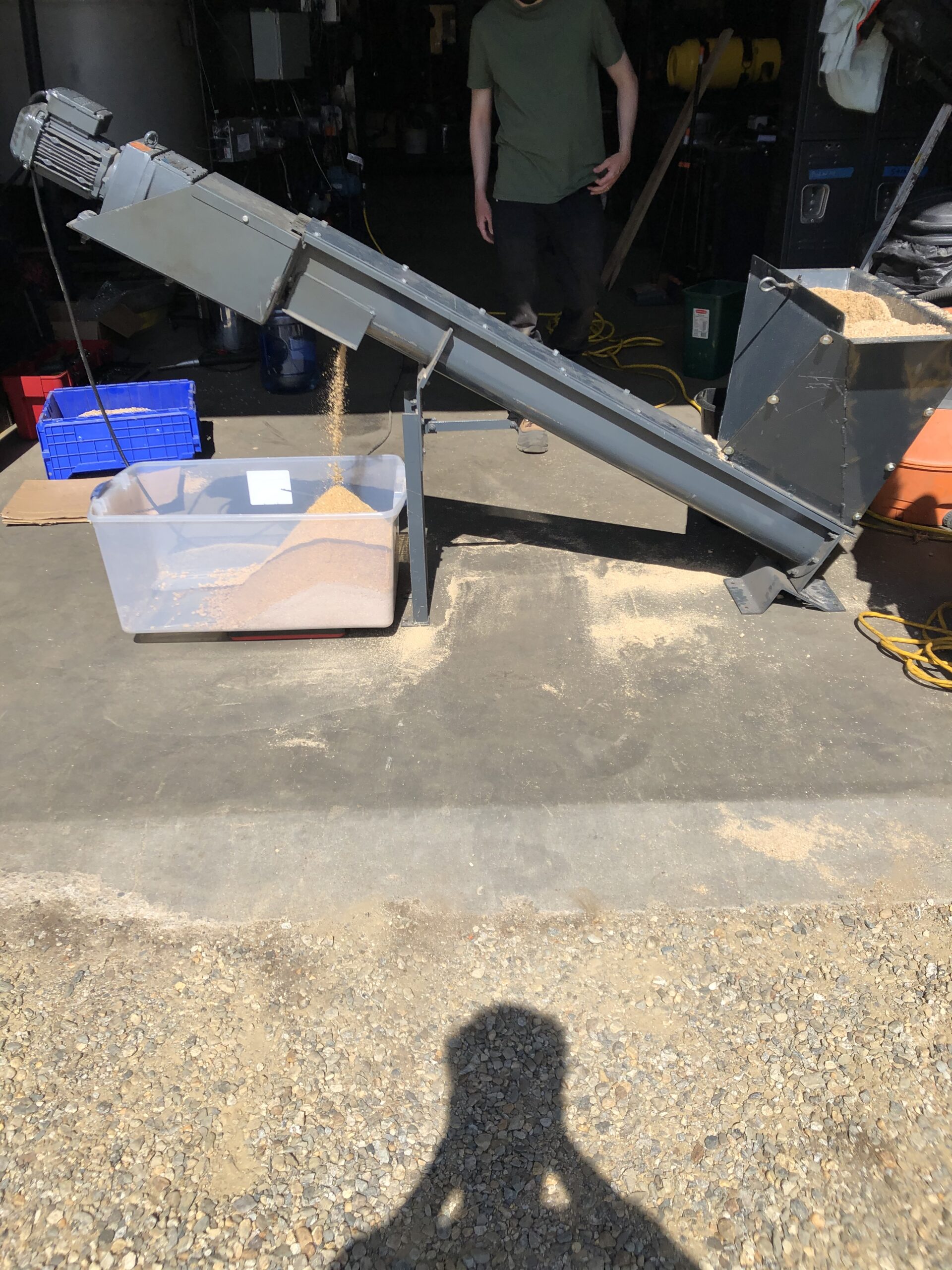 Low density fuels contribute to the inadequate sanitation that causes sickness in communities around the world. The BMC biogenic processor implements a continuous pyrolysis system that enables sanitation by treating pathogens and improving soil health while minimizing greenhouse gas emissions. The goal of this project is to design and integrate a safe feedstock transportation system for a biogenic processor with a focus on bridging prevention, fire suppression, and fuel monitoring. The transportation system entails a refined hopper design that maximizes volume and feedstock conveyance with a specified geometry. The modified hopper better prevents bridging and arches from jamming the bin outlet. The optimal angle for the auger as well as the angle of repose for the steel back wall were used to determine the ideal specifications for better feedstock conveyance. A subscale model was developed and connected to a motorized auger. The auger pulled wood pellets at 35% moisture out of the hopper as it was filled. This tested the performance of the design by observing how well it moved feedstock mass. Different angles and motor drive frequencies were tested to find the best parameters to move 1 lbm of feedstock per minute for ideal processing flow. The refined system is also able to detect fires and autonomously suppress them to reduce damage and prevent burnback. The fire suppression system utilized a snap disc sensor indicating when temperatures breach a thermal threshold. This triggered a valve to release argon into the system, displacing the control volume of oxygen and extinguishing the fire. The system can then cool until it is ready to operate safely again. This minimizes the damage to delicate equipment and electronics used inside the system and protects the stored feedstock. The set up was tested at the Biomass facility by heating a detached pyrolysis pot with a coal fire. When the argon was dispersed into the flaming pot, the time and pressure needed to extinguish the fire was recorded. Load cells placed under the hopper are able to monitor high or low fuel situations by tracking feedstock weight. They can be electronically integrated into the software that runs the processor. If the upper and lower limit of feedstock mass is breached, the load cells will send an electronic signal to the operating system.