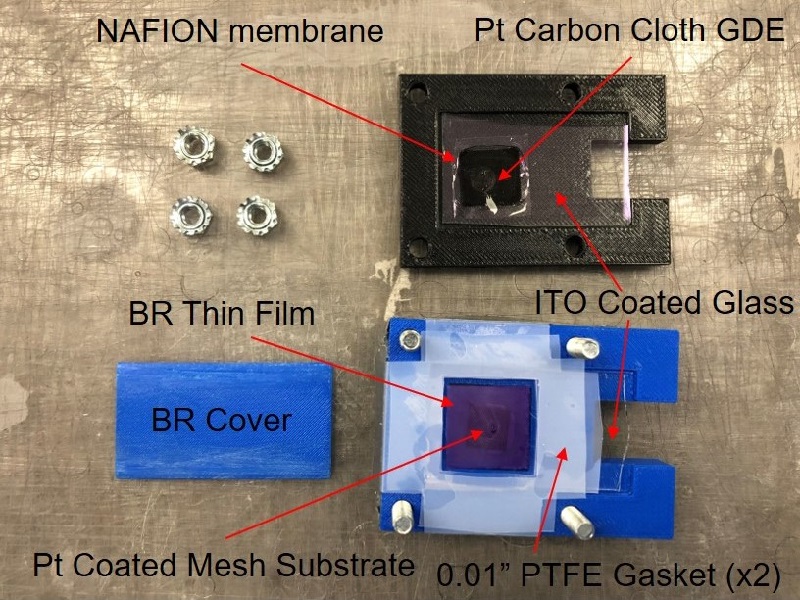 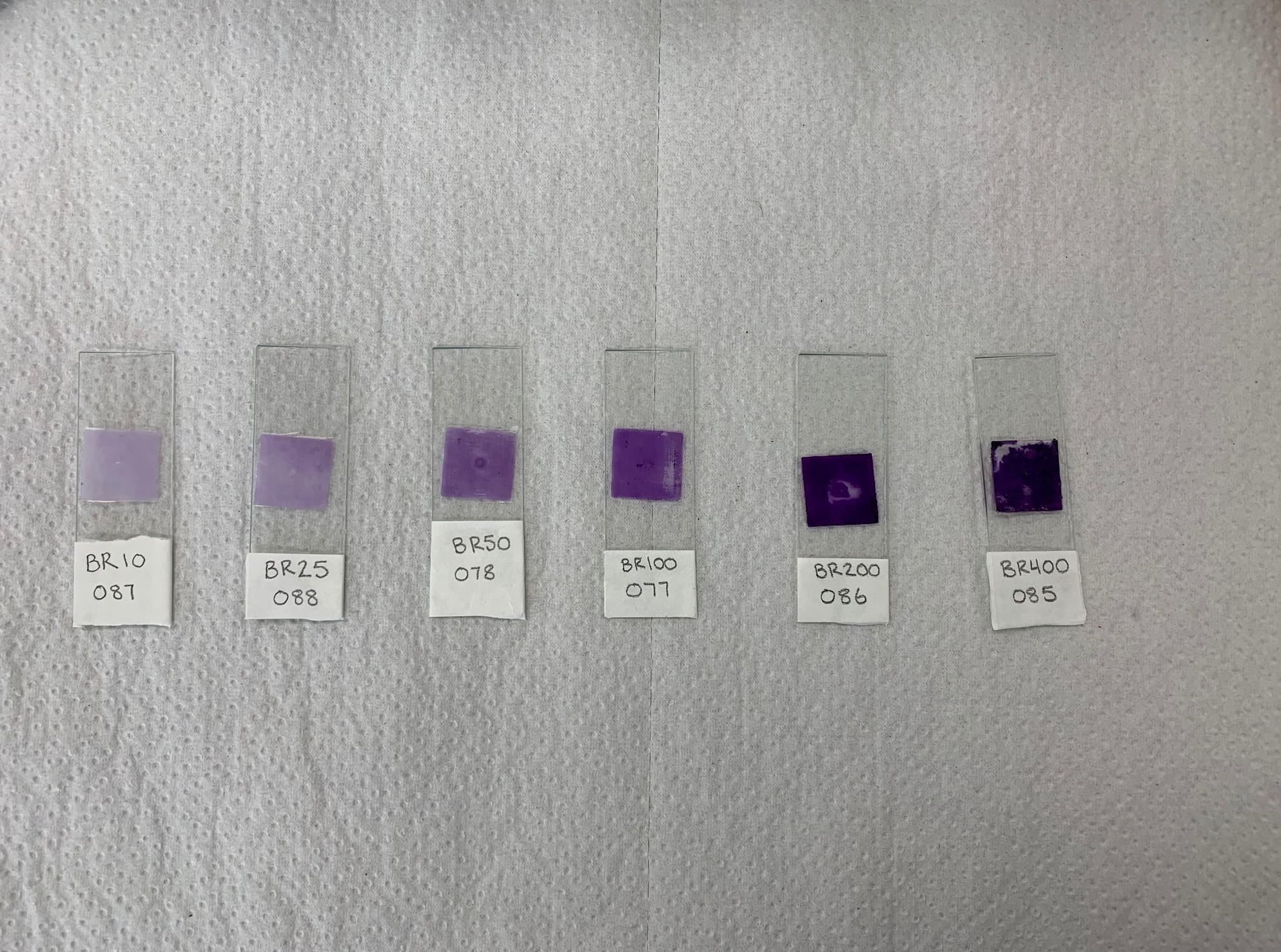 LambdaVision is a company which develops technology utilizing the proton pumping capabilities of bacteriorhodopsin (BR), a protein present in the purple membrane of Halobacterium Salinarium. Their current work revolves around the use of BR thin films for the fabrication of artificial retina implants. The BR thin films are produced using layer-by-layer electrostatic deposition, such that the BR is unidirectionally oriented, allowing it to generate a pH gradient when exposed to light. Therefore, this technology is also promising in electrochemical cell applications for its dual function of generating a chemical gradient that can be converted into an electrical voltage, as well as directing protons to the hydrogen evolution site. The purpose of this project is to design and test a BR based photovoltaic electrochemical cell (PVEC) to determine the feasibility of BR as a means of improving the hydrogen production efficiency of a proton exchange membrane electrolysis cell via a reduction in ohmic and diffusion overpotentials. The photovoltaic and photocurrent response of varying cell design configurations and BR layer quantities were measured in order to quantify the BR’s electrical contribution to the overall cell potential and finalize the cell design. The BR films themselves were optically characterized based on their absorbance and transmittance spectra, as well as microscopic imaging to observe the wear on the films at different points during testing. These tests justified the choice of a final cell design, which is evaluated by measuring the current density as a function of input voltage with and without the photoactivated BR. The feasibility of the cell is validated by a demonstrated improvement in hydrogen production efficiency of the cell with the addition of the selected BR thin film. Proving the feasibility of such a cell has exciting implications on the development of clean energy sources, as it would allow for more efficient hydrogen production, which has many applications as a clean and energy dense fuel.