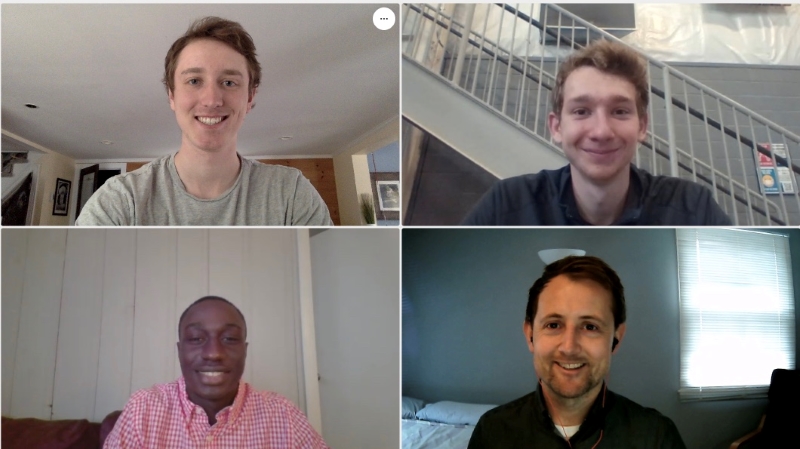 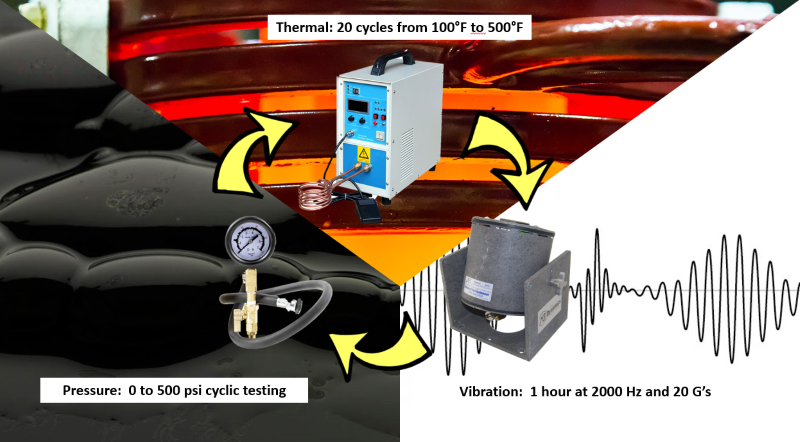 The objective is to simulate internal engine conditions on a carbon flange seal by conducting thermal, vibration, and pressure tests. The thermal test is comprised of 3000 thermal cycles heating from 100°F to 500°F. The vibration test is conducted at 2000 Hz and at an acceleration of 20 G’s and for a duration of 150 hours. The pressure test is a cyclic test from 0 to 1000 psi. During the tests, the seal is compressed into a test rig that prevents oil from leaking and then subjected to the various tests. The seal has the potential to fail from thermal fatigue, vibrational strain, and pressure strain. The seal will need to be able to complete these tests without leaking in order for it to be a successful replacement to the current seals and reduce engine weight. The seal will be subjected to a combined test of the different elements, including a vibration and pressure test and a thermal and pressure test. The combined conditions resemble the engine more closely. The combined test will demonstrate the combined effects of strain and fatigue to determine if the seal is a suitable replacement.