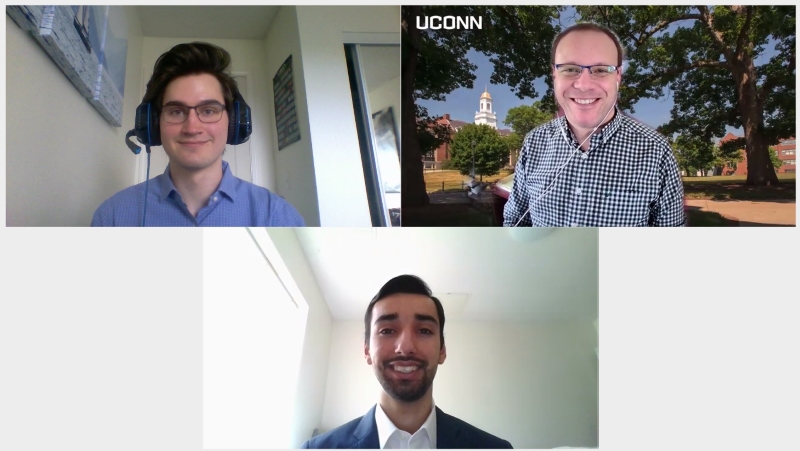 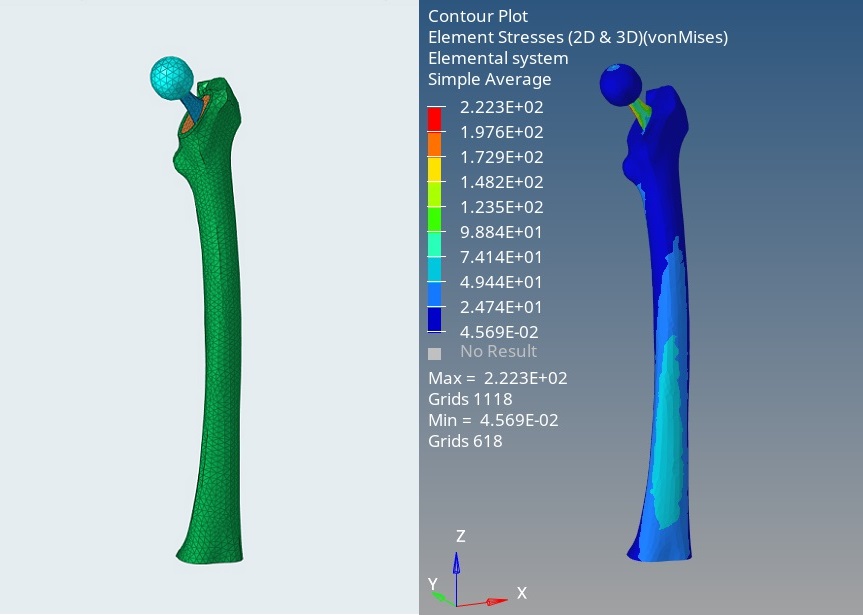 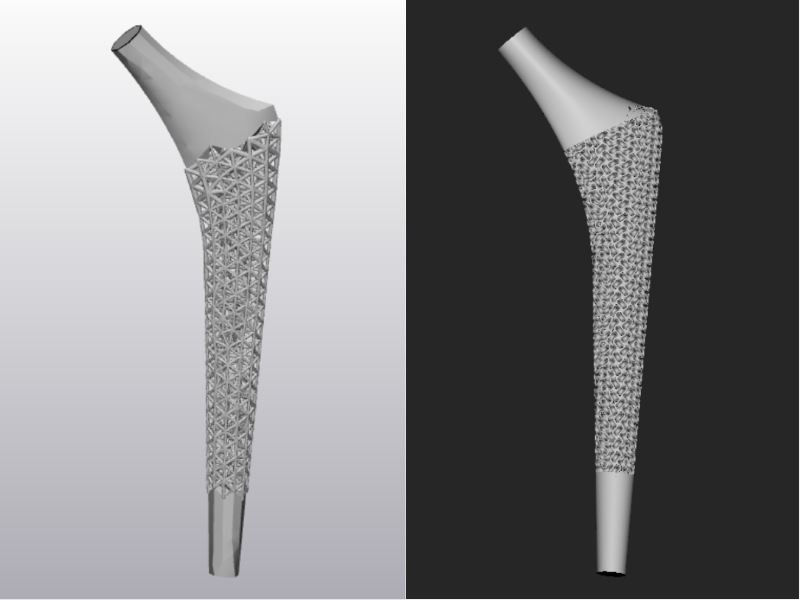 The objective of this project was to design, optimize, and fabricate a functionally graded lattice infill hip implant that better imitates a hip bone than conventional hip implants on the market. Two separate designs were developed for this hip implant: an octet truss structure and a gyroid triply periodic minimal surface (TPMS) topology. Current solid infill designs may have satisfactory mechanical properties such as high compressive strength but can fail due to stress shielding. This phenomenon occurs when the stiffness of the implant is greater than the stiffness of the bone, resulting in reduced bone stress and density, causing bone loss. It was also required that the implant matches pre-existing constraints for conventional implants such as appropriate biocompatibility, fatigue life, and modulus of elasticity, in addition to additive manufacturability. As part of the design process, a Design Failure Modes and Effects Analysis (DFMEA) was performed, which is a preventative measure to avoid failure routes. After, an intact femur model and a baseline model, where the solid hip implant was inserted into the femur, were created. Both a femur and a basic hip implant CAD part were obtained and meshed using HyperMesh, after which finite element analysis was performed to consider the von Mises stresses acting on the different parts of the implant and the strain energies to calculate stress shielding. Using OptiStruct, the baseline model was optimized to model an octet truss lattice with beam elements. Size optimization was used to determine the size of the strut diameters in the octet truss. The strain energy calculations demonstrate that the octet truss lattice reduces stress shielding more than the baseline solid hip implant. Using nTopology, a proof-of-concept 3D model was created for the gyroid TPMS lattice infill hip implant. Finally, an octet truss prototype was fabricated using 3D printing with Ti6Al4V material.