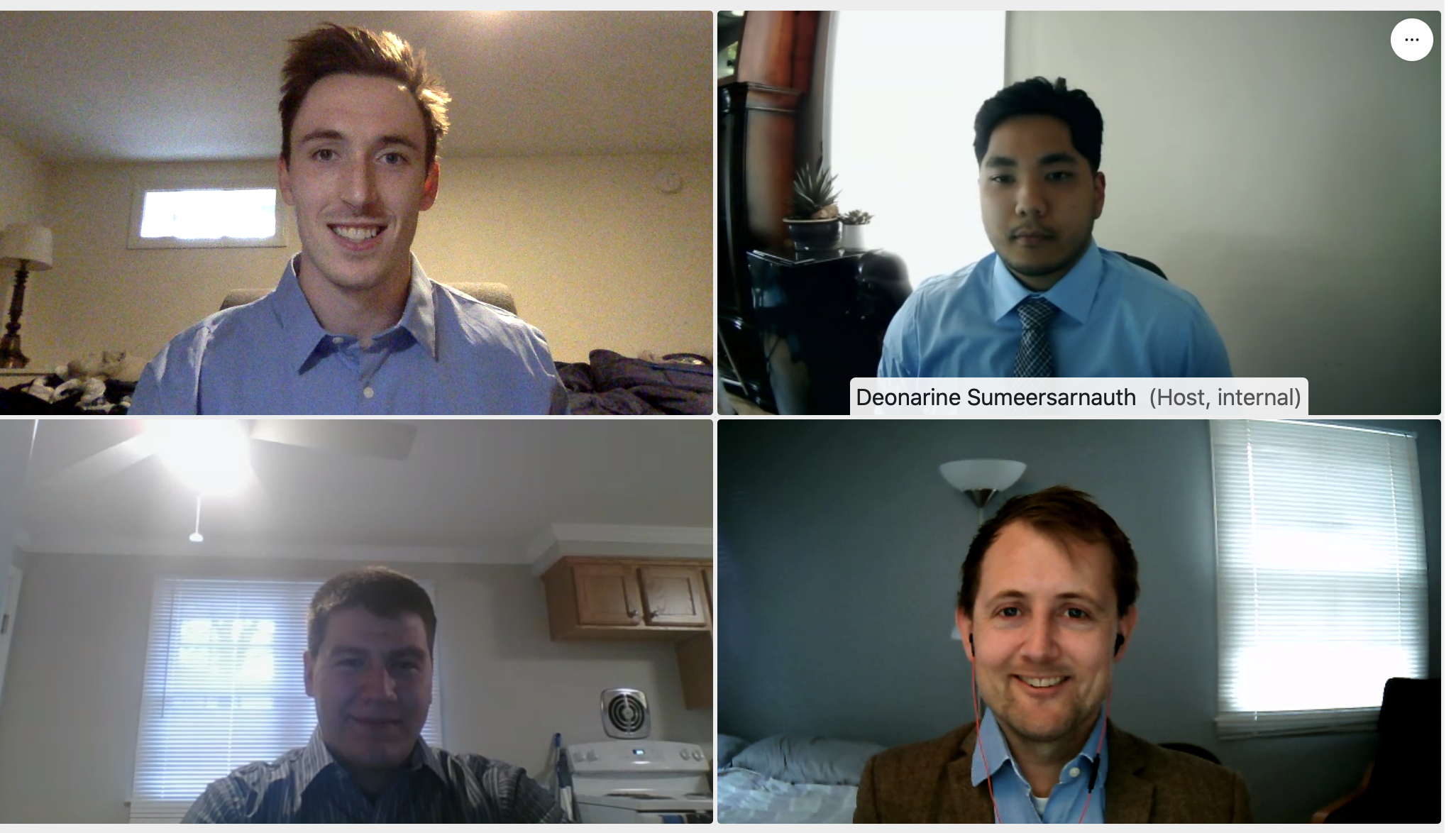 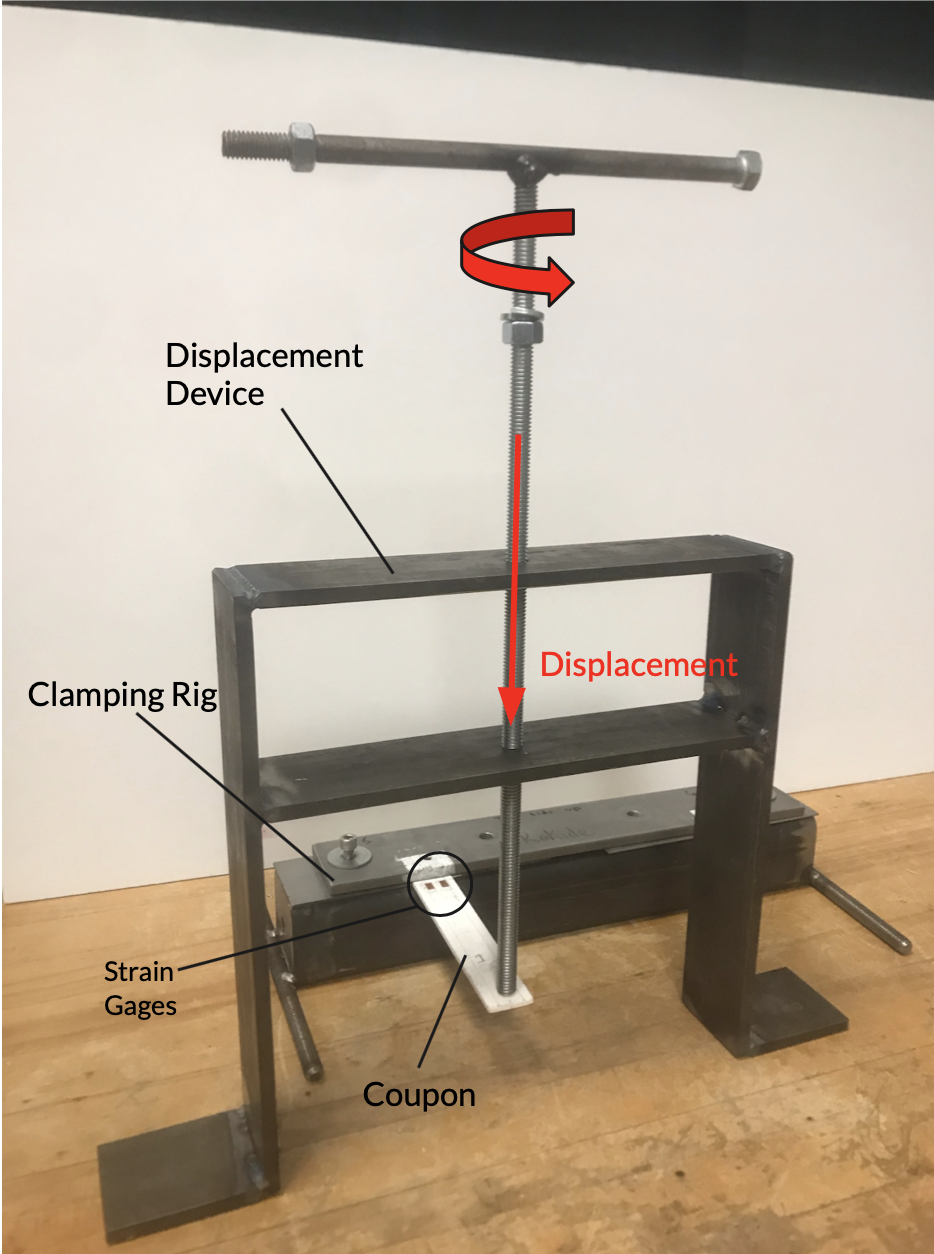 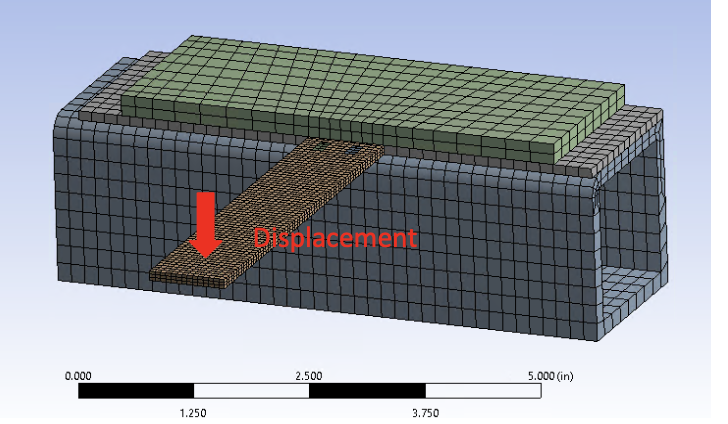 Pratt & Whitney, a leader in aeroengine design and manufacturing, has consistently looked for ways to improve aircraft performances. Ceramic Matrix Composites (CMCs) are a class of materials that can improve weight reduction and engine performance compared to traditional materials used in the manufacturing of gas turbine engines. Greater performance is achieved due to the CMC’s ability to withstand higher temperatures, 2900 °F compared to 2200 °F of typical alloys. The objective of this project is to quantify the debonding strain between an adhesive and two CMCs. Traditional adhesives used in attaching strain gages to ceramic matrix composites have poor bonding conditions and can not be used for extensive testing and validation. A test rig has been provided by Pratt and Whitney which clamps a rectangular CMC coupon in a standard cantilever beam configuration. A mathematical model based on Euler Bernoulli Beam Theory was created to predict the strain experienced by the CMC test coupon while under a displacement. The results from this model were validated by a numerical model created in ANSYS Static Structural that simulates the test conditions. Both these models explored the effects of torsion on the CMC coupon as well. Preliminary tests to quantify the level of strain at which debonding occurs have been conducted by a previous design team, however they encountered stability and torsional issues that affected their results. We have designed and created a displacement and clamping system to provide a known displacement to the coupon while eliminating issues experienced by the previous design team. Four strain gauges were attached to each coupon to measure the strain experienced under displacement. Each test was run until the CMC coupon failed or the adhesive debonded from the material. The level of strain that caused failure was quantified in order to determine if the adhesive was a suitable candidate for more extensive CMC testing.