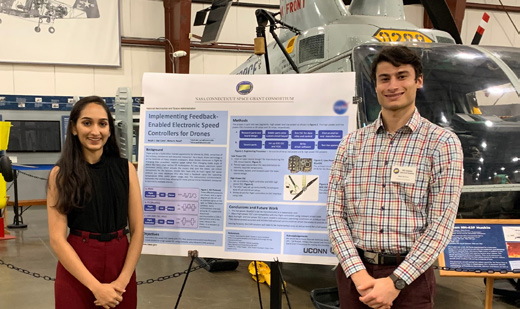 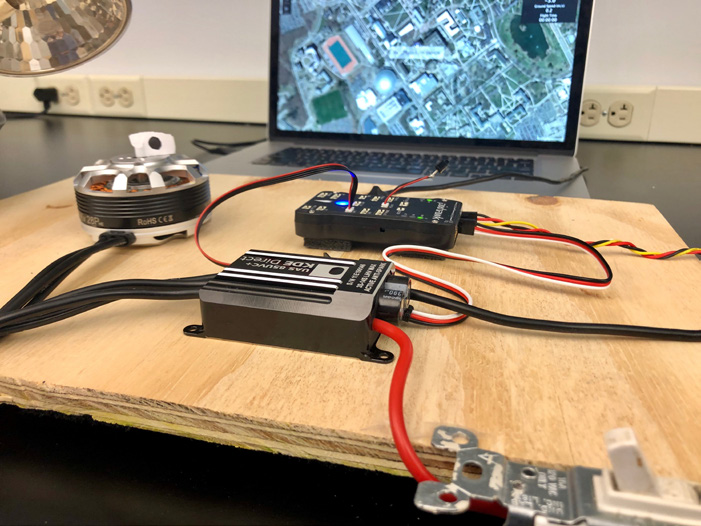 NASA is an interested party in this project due to the potential for improving drone flight. A crucial aspect of drone research is the electronic speed controllers (ESCs) that power its rotors. The goal of this senior design project was to conduct a comparison between two well-known ESCs and implement closed loop control on the chosen ESC with NASA’s flight hardware. We began the build process by constructing a robust testbed and running experiments on the KDE ESC and the VESC. We compared the results by analyzing the step response, latency, and bandwidth. To achieve closed loop control, we wrote driver code for NASA's F Prime flight software framework that implements the CAN duplex protocol. This code measures the rotor’s rotations per minute (RPM), then uses that to calculate the rotor’s thrust vector and command the motor with their respective power. Physical tests were used to quantify the potential performance improvements, as thrust vectoring is hypothesized to lead to more efficient flight.