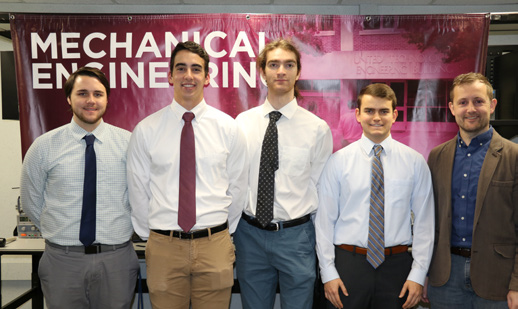 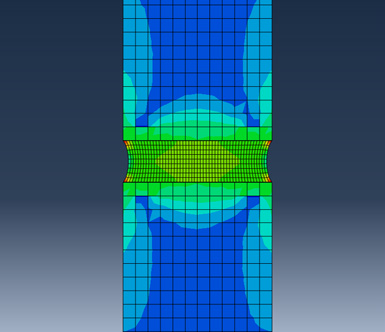 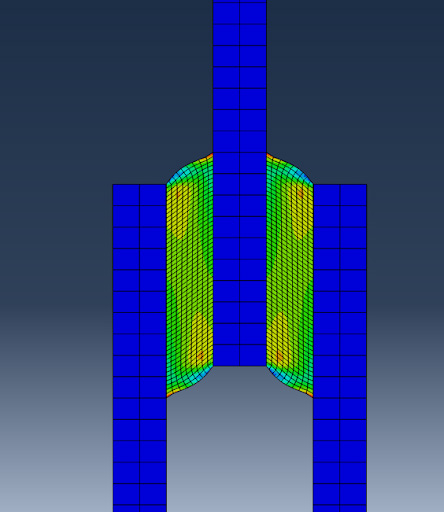 Structural adhesives have a wide variety of uses in a manufacturing environment to replace traditional forms of mechanical fasteners such as welding, bolts, and rivets. However, as they’re less common, people are often unfamiliar with their uses, strengths, and properties. Electric Boat has recently taken an interest in using such adhesives for applications in their manufacturing processes. They have chosen 3M VHB 4991 double sided acrylic foam tape to be investigated for viability in the expected environments. The purpose of this project is to test the physical behavior of the tape and develop a model within Abaqus CAE. This can be done by using material and contact property inputs in Abaqus. Both of these inputs use similar properties to describe the behavior of the adhesive tape. When using the material property two inputs are used. The first is an elastic property and the second is Maxs damage. The elastic property uses variables like Young’s modulus, Poisson's Ratio, and a Prony series to describe the stiffness of the adhesive tape. The second property is the maximum nominal stress, Maxs, in the normal and shear directions. This is the point where the maximum stress is reached before failure in the tape occurs. Once this point is reached damage evolution takes over the failure process to visualize and describe how to tape debonds from the substrate.