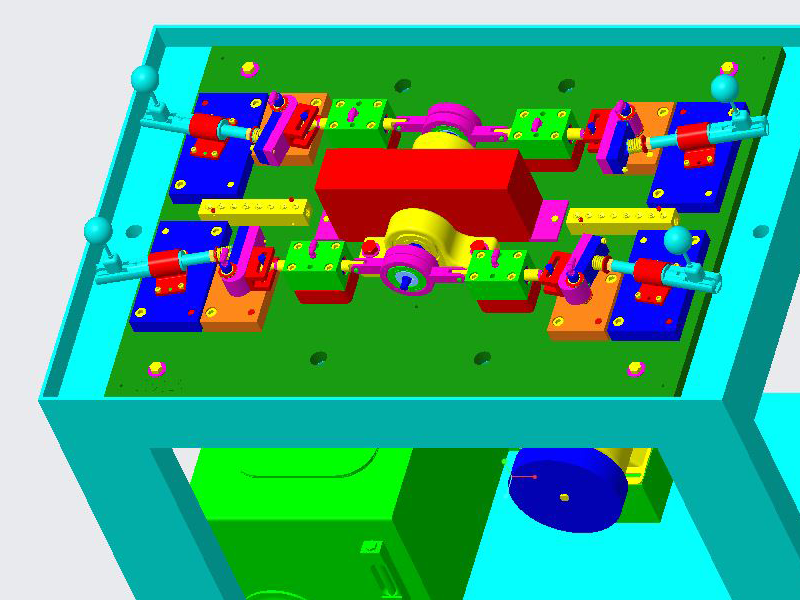 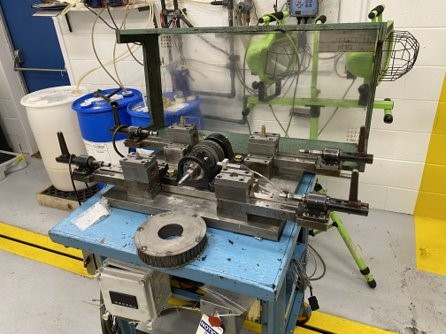 Jacobs Vehicle Systems is the world leader in engine braking technologies and heavy-duty diesel emissions-reducing solutions. Within Jacob’s designs, various helical compression springs are used. Up until now, all of Jacob’s designs compressed the springs in a linear fashion. However, Jacob’s new prototype designs use a rocker bias spring that gets compressed in both a linear and a bending fashion. The ME 30 senior design group was tasked with redesigning Jacobs's current linear motion spring fatigue test stand, shown in figure 2, to be able to replicate both the linear and bending motions experienced by the rocker bias spring. This project was focused on updating Jacobs's current test stand so that it can properly and efficiently fatigue test the bias springs for these new applications.  To do this, we updated the design so that it has a common rocker arm, a modular spring seat, and a modular spring pre-loader plate that easily adapts the system to test bias springs from different engine designs and applications. The updated design also adds pressurized oil lubrication to the system, which allowed for a reduction in overall system wear and also increased the reliability of both the new and existing system components. An FEA analysis and a Goodman Diagram were completed on the pin in slot bracket to ensure that it will withstand the maximum inertial forces being applied to it during maximum system operating speed and also over the period of time that the test stand will be in operation. In addition, hand calculations were completed to ensure adequate drainage of oil to the oil tank during all conditions, including if the test stand is not on a perfectly level surface during operation.  The result is a system that is able to run reliably while accurately fatigue testing any of Jacobs's new rocker bias spring designs.